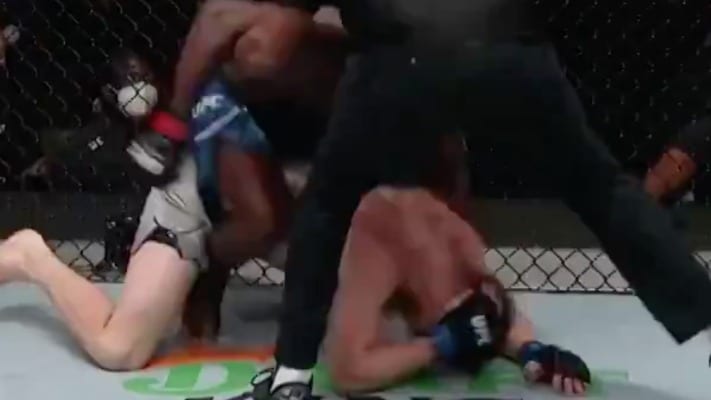 Derek Brunson did what he set claimed he would do.

Brunson took on the highly-rated Edmen Shahbazyan in their middleweight headliner at UFC Vegas 5 on Saturday night.

Despite having some moments, Shahbazyan was eventually no match for Brunson as he tired later on in the second round and was brutally grounded and pounded by the veteran.

The fight could have been stopped at the end of the second round but referee Herb Dean let it continue only to stop it early on in the third as Brunson earned the TKO win.

What did you make of Brunson’s win?