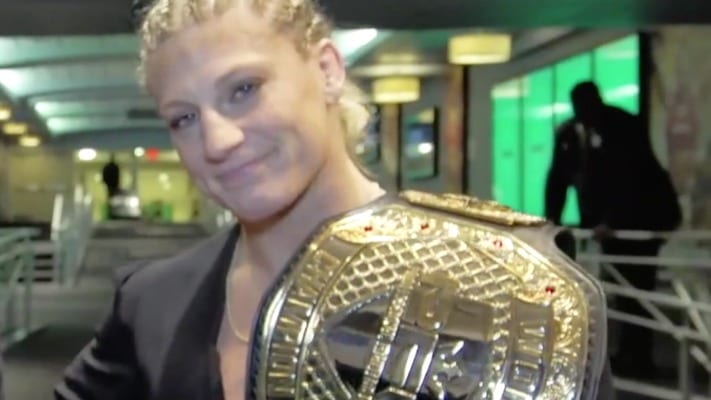 Harrison won the title following a dominant unanimous decision victory over Larissa Pacheco in the PFL Finals on New Year’s Eve. It now goes along with her other career achievements which include two Olympic gold medals in judo as well as a judo world championship.

That is why she is viewing her PFL title as her fourth kid:

“Well, I won two Olympic gold medals so those are my first two kids,” Harrison told MMA Junkie. “I have a championship gold medal, so that’s maybe my third baby, so this is maybe my fourth kid.”

Having already claimed to be the highest-paid female fighter in the sport, Harrison also walked away with a check for $1 million for her efforts.

Given everything that led to this point, she is satisfied with the results:

“It wasn’t perfect, it wasn’t necessarily, pretty but life is not always pretty and I’m happy with the result.”

What do you think of Harrison’s success in the sport?