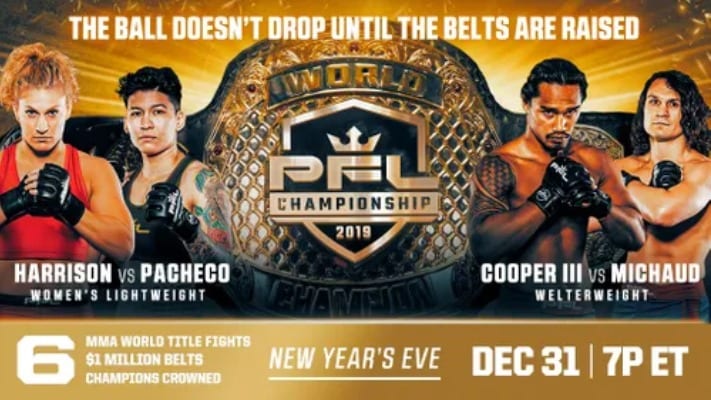 LowKickMMA will be providing you with PFL 10 results throughout tonight (Tues. December 31, 2019) from Madison Square Garden in New York City.

In the main event of the night, Kayla Harrison takes on Larissa Pacheco for the women’s lightweight championship. The featured bout is accompanied by several other title fights at welterweight, heavyweight, lightweight, featherweight, and light heavyweight. Winners will all receive $1 million in prize money to go with their gold belts.

Before the championship action gets underway, a featherweight contest between David Alex Valente and Brendan Loughnane will kick off the night on the preliminary card. The prelims kick off on ESPN+ at 6:00 p.m. ET, while the main card can be seen on ESPN 2 starting at 7:00 p.m. ET.

Check out the official PFL 10 results below.