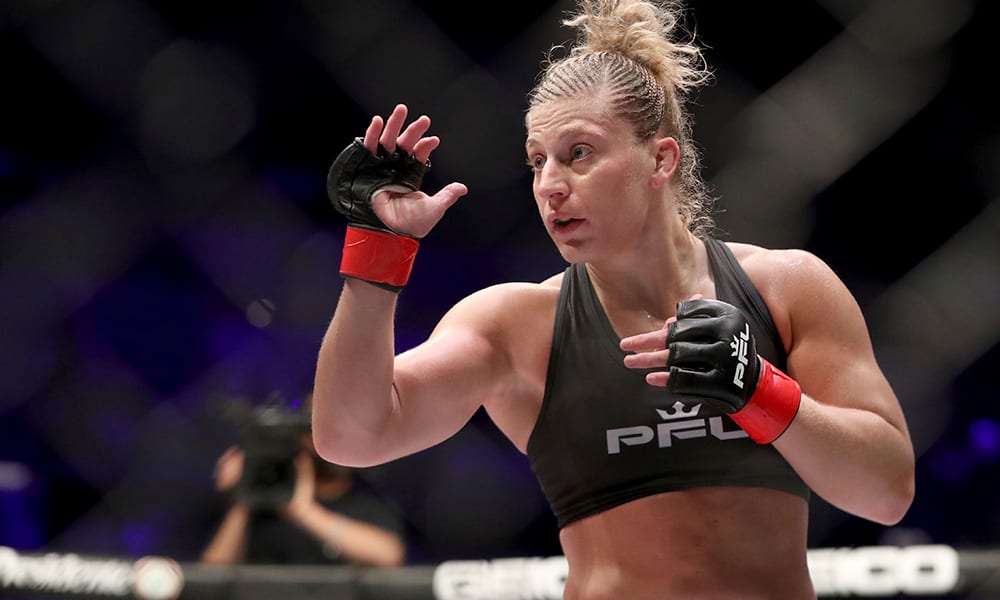 Most would assume the highest-paid female fighter in mixed martial arts would either be Amanda Nunes or Cris Cyborg. However, PFL’s Kayla Harrison believes it’s probably her.

Harrison meets Larissa Pacheco in the women’s lightweight final at the PFL Finals on December 31 where she has a chance at not only beating Pacheco again, but also earning a grand $1 million prize.

Most fighters don’t even sniff six figures in mixed martial arts but even without the $1 million prize, Harrison has been taken care of by PFL — especially financially:

“They take such good care of me. I’m probably the highest-paid female fighter in MMA right now,” Harrison told MMA Fighting. “I just can’t believe it’s my life sometimes. It’s a no brainer for me. I get to fight for a company that I believe in. My destiny is in my hands. I’m getting paid a ridiculous amount of money and I still get to grow as a fighter.

“It’s really good for the sport. It’s good to have competition. It’s healthy to have growth. My life could not have worked out better.”

Harrison particularly finds it humbling that she is one of the highest-earners in a sport that was and still is male-dominated.

“I couldn’t be happier with where I’m at, the company I’m with and what I’m doing. I’m excited.”

There are no reported figures about Harrison’s PFL contract but it should serve as a reminder that fighters can easily make money outside the UFC as well.

What do you think of Harrison’s claim of being the highest-paid female fighter in MMA today?