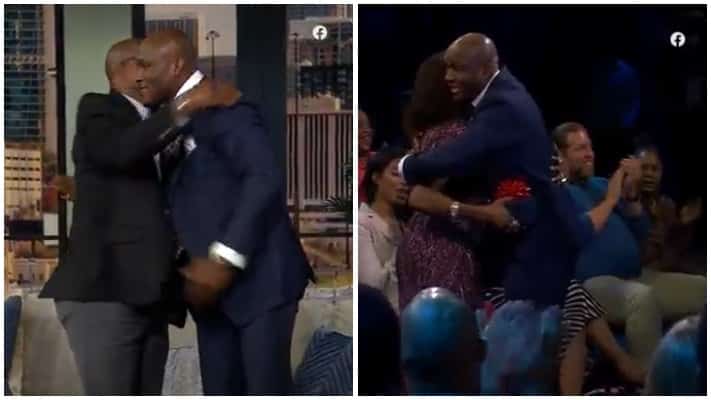 While being the most dominant champion in the UFC may be very fulfilling for Usman, being able to buy his parents the house of their dreams may be the best feeling of his career to date. It is everyone’s dream to be able to give the people they love, the things they deserve most in life. Especially when they support you in chasing your dreams. That is exactly what Usman was able to do in this heartwarming video with his parents.

Usman went over all the hardships his parents and himself went through growing up on the show and how if it wasn’t for their continued support, he wouldn’t be the man he is today. On the show, Usman said, “We grew up in our family home and I told you that one thing we wanted to do is to make sure that we got you your house that you wanted, So we have a surprise for you, look under your seat. … Those are the keys to your new house.”

Usman in the video also talked about the struggles of having his father incarcerated for many years including years while he was just starting to take off as an MMA fighter. Usman’s father ended up being sentenced to 15 years for fraud. ‘The Nigerian Nightmare’ described how his mother took on a huge role in his life and took on the many responsibilities that his father would usually have. Usman touched on how he would also only take fights that weren’t on PPV so his father could watch him fight while he was in prison.

The payoff was amazing to watch as Usman and his parents shared a beautiful moment and showed the crowd their brand new house. Usman is slated to take on Colby Covington at UFC 268 in New York. This is set to be Usman’s 5th title defense since he beat Tyron Woodley for the belt.

Did this video change how you may feel about Kamaru Usman as a person?