LowKickMMA.com
Home UFC News Kamaru Usman claims he will have more supporters than Leon Edwards in... 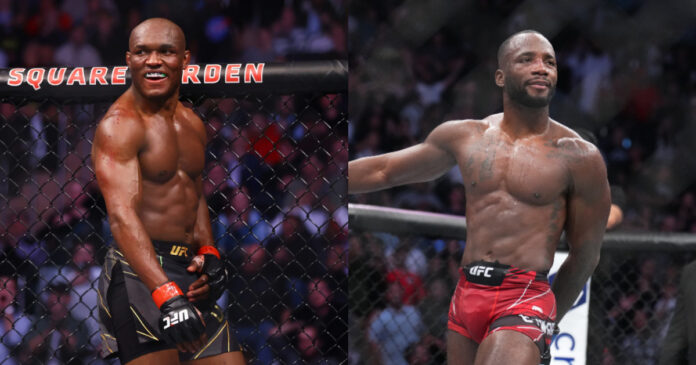 Kamaru Usman claims he would have more fans in attendance should he face Leon Edwards in England.

The rematch to one of the biggest title upsets in recent memory is slated to happen in the first quarter of next year as Edwards and Usman are set to meet for the third time.

Kamaru Usman is confident of reclaiming his title when he meets Edwards again and is even willing to take have it happen in Edwards’ backyard, in England.

Talking to TMZ, Usman said that even though the fight would take place over the pond, he would still have the majority of the fans.

“No, I think I have more fans in there than he would but it is what it is, going to the UK, doesn’t matter. They don’t help you fight. You gotta fight me. You gotta fight the Nigerian Nightmare when you’re in there so that doesn’t really make a difference for me.”

Even after being stopped by Edwards, Usman has confidence has not wavered and he is sure of a victory come next year.

“Leon and I know who the best welterweight in the world is.” I’ll be back there in no time and I can’t wait for the feeling of getting it wrapped [belt] around me again.”

To his credit, Usman was comfortably winning the affair and was on his way to a decision win when in the last minute, Edwards would head kick and knockout Usman.