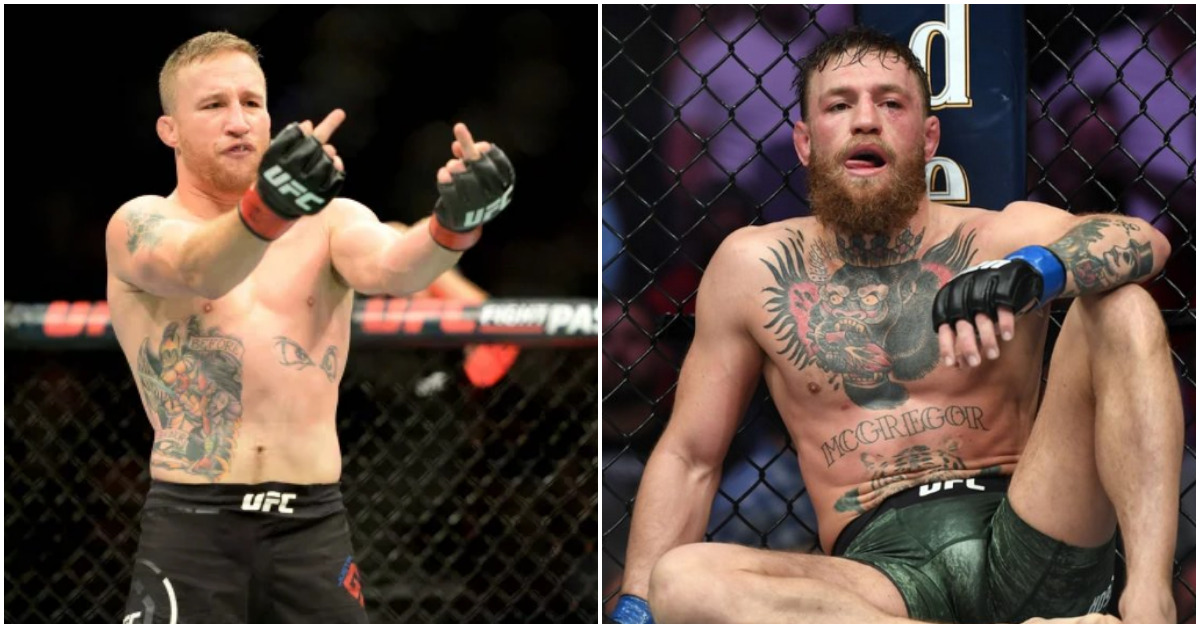 Lightweight number one contender Justin Gaethje has opened up on Conor McGregor‘s recent claims that he should be the next man to fight Charles Oliveira for the title.

In a recent interview with Caroline Pearce of BT Sport, ‘The Highlight’ said that the only reason this conversation keeps coming up is that the media keeps initiating it.

“The only reason it’s even almost (happening) is because you guys keep asking me about it and you guys keep talking about it. You’re really just doing your job and it’s just to create a story, he’s irrelevant right now. He’s got a broken leg right now and with that and you know, with that you’ve gotta question the integrity.”

Gaethje added that from a moral standpoint, members of the media know that McGregor skipping the line to fight for the title shouldn’t be happening and they should be doing everything in their power to keep it from happening.

Pearce also informed Gaethje that his fight with Michael Chandler at UFC 268 won BT Sport’s award for Fight of the Year. He was gracious to receive the honour but surprisingly replied by saying that when he was in there it felt like a boring fight to him, something UFC President Dana White strongly disagreed with as he gave the bout his nod for Fight of the Year.

When discussing the potential title showdown with 155-pound king Charles Oliveira, Gaethje has made it clear he wants to defeat ‘Do Bronx’ in his home country of Brazil.

Gaethje said that he’d like to be on the May 7 card in Brazil for no reason other than the fact that he “loves the chaos,” something he’s always been very open about.

It’s worth noting that Gaethje has never fought outside of the United States aside from once on Fight Island in Abu Dhabi. Oliveira on the other hand last fought in Brazil in March of 2020, defeating Kevin Lee right before the COVID-19 pandemic forced the world into lockdown restrictions.

Would you rather see Justin Gaethje or Conor McGregor fight Charles Oliveira for the lightweight title next?