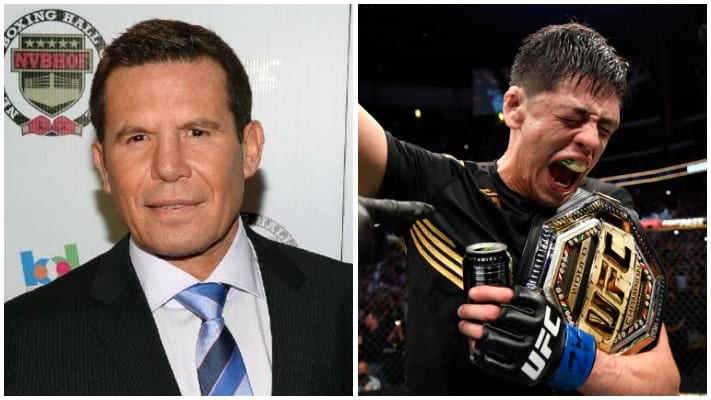 ‘The Assassin Baby’ became the first Mexican-born fighter in history to claim UFC gold when he submitted Deiveson Figueiredo inside three rounds on Saturday night.

“Yes, of course (I heard the news),” Chavez told MMA Junkie in Spanish. “I want to send him greetings. It gave me a lot of joy and I want to congratulate him publicly. He truly gave a great fight. I know of Brandon Moreno. He’s a kid with a lot of talents and abilities and, thanks to God, he achieved his dream.”

Chavez, who defended his title 27 times during his boxing career, warned Moreno that the hard work is not over. It’s one thing to become a champion, it’s another of stay champion.

“I think he should know already that the hard part is not getting there but staying there,” Chavez said. “I think he has his feet well on the ground and I think he’ll be a champion for a long time, God willing.”

Do you think Brandon Moreno will be happy to hear Julio Cesar Chavez is a fan?