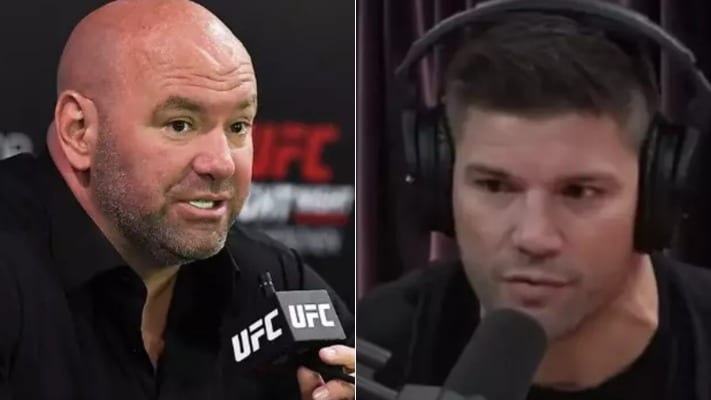 Josh Thomson believes UFC president Dana White is taking a huge risk in going ahead with his events amid the coronavirus pandemic.

Despite receiving plenty of criticism, White has remained adamant in his plans to resume the fight schedule starting with UFC 249 on April 18 which is expected to take place on tribal land in California.

In addition, the UFC head honcho has revealed that he’s secured a private island which would allow his international fighters to compete as well.

But for Thomson — now retired from MMA competition — the worse-case scenarios must be considered and the consequences could be detrimental for the sport:

“Why are they doing this? Dana likes to be the daredevil,” Thomson told Metro.co.uk. “You always think of the worst-case scenario when you’re doing an event. Worst-case scenario here is you fight on an island and half the people get COVID-19. You bring it to the island and people start dying on the island. Another worst case is there’s no real hospital on the island and someone gets seriously hurt and they can’t make it to a hospital in time and a fighter dies.

“Those are the two worst-case scenarios you could think of. Dana has to be ready for those consequences. That would end Dana as the president of the UFC, it would end the promotion and the sport itself would take a huge step backwards. It would be detrimental to the sport. The average person would never support MMA of any kind again because of this recklessness [leading to a worst case scenario].”

Of course, if White is able to pull off UFC 249 and future events without a hitch, Thomson has no problems whatsoever. It’s whether that can be done that he’s doubtful about.

“If they pull it off without anyone getting seriously ill or hurt, great job,” he added. “Fighters get paid and more events can start coming back. Who knows? But it takes 250 people at minimum to run a show and that’s a lot of people in one area moving and touching each other. It only takes one person to get sick and it corrupts the whole thing.”

Do you agree with Thomson?