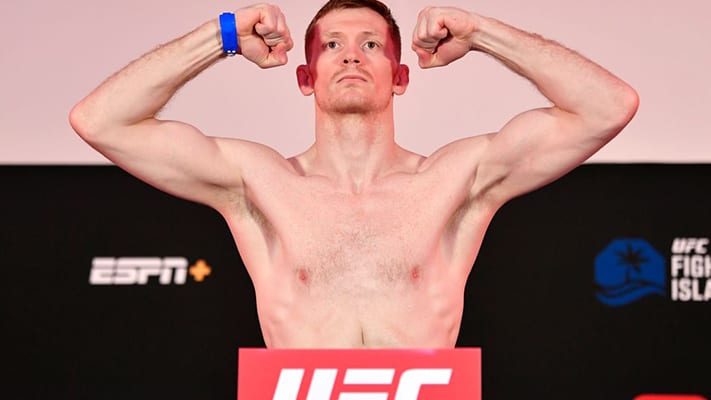 Duffy’s record now stands at 16-5 after the loss to Alvarez on the preliminary card of last night’s Fight Island 2 event. It was a quick submission as Joseph was finished with a guillotine choke when he attempted a takedown on the Spanish fighter.

Speaking to his Instagram followers after the loss, Duffy said: “I think it’s time to realise that I haven’t got what it takes anymore.” Duffy also apologised to his fans, saying: “I’m sorry I didn’t achieve what I set out to achieve for my fans, family, friends and myself but it just wasn’t meant to be. I am officially retiring from MMA competition.”

The loss was Duffy’s third in a row, following a TKO loss to James Vick and a unanimous decision loss to Mark Diakiese, who also lost on last night’s UFC Fight Island 2 event.

Despite being on a three fight losing streak, Duffy began his MMA career with 10 straight wins, which included a win over fellow Irishman, Conor McGregor whilst fighting for Cage Warriors, making Duffy one of only four men to beat ‘The Notorious’ one inside the octagon.

Duffy went on to fight for the vacant lightweight Cage Warriors title, however, this is where Duffy received his first career loss, as he was finished by Ivan Musardo through a guillotine choke.

Women’s flyweight number 3 ranked fighter, Joanne Calderwood commented on Duffy’s Instagram post to say: “You are an inspiration and we are all proud of you and I hope the guys at the gym still get to be around your awesomeness and your wisdom, you always brighten up the room.”

Are you surprised that Joseph Duffy decided to hang up his gloves after his third straight loss?