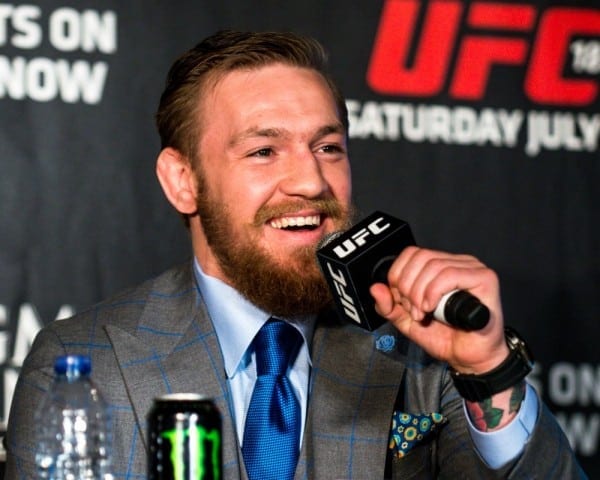 The MMA superstar was highly complimentary of Aldo for his emotional TKO of Jeremy Stephens at July 28’s UFC on FOX 31. McGregor commented that the ‘whole of Ireland was happy for Aldo on that night.’

The comments may have come as a surprise to many due to McGregor’s bitter rivalry with Aldo in 2015. Aldo’s longtime coach wasn’t among those who were surprised, however.

McGregor acts differently because he has to sell his fights according to Andre Pederneiras. Aldo’s longtime mentor and coach recently told Brazilian media via MMA Fighting that McGregor was actually a respectful man:

”I think Conor created this pejorative myth around him because of the things he says, but backstage he’s none of what he portrays himself to be to sell. Every time I met him he was super respectful, we shook hands, so it doesn’t surprise me that he had that reaction, especially now that he doesn’t have anything booked with Aldo.

“If he had something booked with Aldo he would say he was lucky, that he’s sh*t [laughs], only to provoke. He’s a guy that had done things I can’t see anyone else doing. He’s unique in history, can’t say anything.”

McGregor infamously knocked out Aldo in 13 seconds at their awaited featherweight title fight at UFC 194. Pederneiras wants that fight back due to its result. He said fans didn’t get to really see what it could have been:

”The first fight didn’t represent what the fight really could be, and that’s unfortunate for everyone who wanted to watch it. So I would choose Conor even though I have nothing against him. I know there’s a good person behind that artist and it doesn’t represent what he says. He says a bunch of crap to get attention and sell.”

McGregor is now headed for a massive lightweight title bout with current champion Khabib Nurmagomedov at October 6’s UFC 229. The fight became the most awaited and hyped fight in MMA because of McGregor’s now-infamous melee in Brooklyn, New York. The former champion faced assault charges and agreed to a plea deal for them last month.

Pederneiras said the UFC’s megastar knew exactly what he was doing. McGregor was simply building the hype in his opinion:

”That’s him being the artist, in my opinion. He knows that he will have to fight Khabib, so since he has to do that, why not start the mess now and start promoting it?”