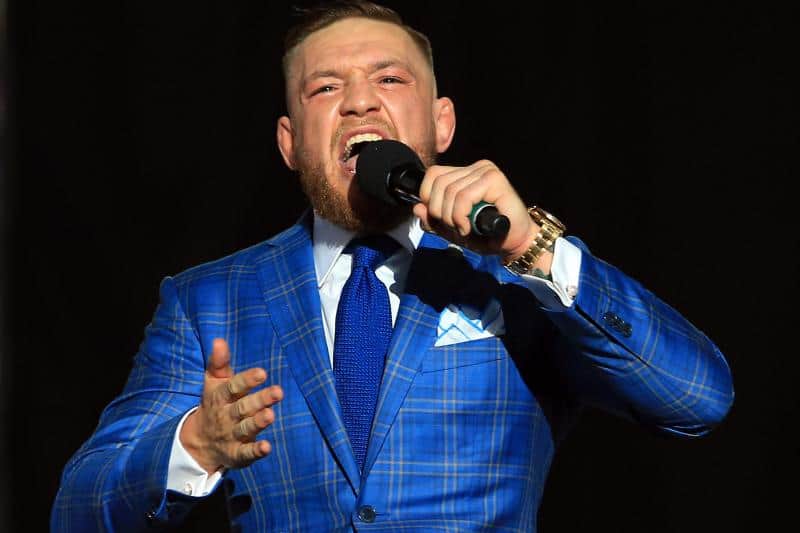 Former UFC featherweight and lightweight champion Conor McGregor has his sights set on fighting again which is a nice change considering that he hasn’t fought in close to one year and hasn’t been seen inside of the Octagon under the UFC banner in nearly two years.

McGregor’s legal troubles are behind him after he agreed to a plea deal that will have a record of guilty of disorderly conduct charge that will see him do five days of community service, anger management classes and have to pay restitution for the damage to the bus.

Moving along to his next fight, the promotion is attempting to book McGregor and Khabib Nurmagomedov in a lightweight title fight at the upcoming UFC 229 PPV event but when McGregor spoke with TMZ during his workout in NYC Monday, he gave an update on the potential lightweight showdown against Nurmagomedov as well as gave some love to former UFC featherweight champion Jose Aldo, who just picked up a TKO win over Jeremy Stephens at the UFC on FOX 30 event.

“The whole [nation] of Ireland was happy for José Aldo that night.”

“Yes, we’re close. No It’s not official but we are close. I believe so,” when asked if he’ll fight in 2018 and potentially where it will be held. “I’m pushing for it. I love New York City. We’ll see what happens, I’d love to fight in the garden again but I believes this one is for Las Vegas.”

The UFC 229 pay-per-view event is set to take place on Saturday, October 6, 2018 at T-Mobile Arena in Las Vegas, Nevada. The main card will air on pay-per-view at 10 p.m. ET while the preliminary card will air on FOX Sports 1 at 8 p.m. ET and the promotion’s streaming service, UFC Fight Pass. Time will tell whether this fight actually goes down and when it takes place but either way, the UFC can’t wait to get this deal done.