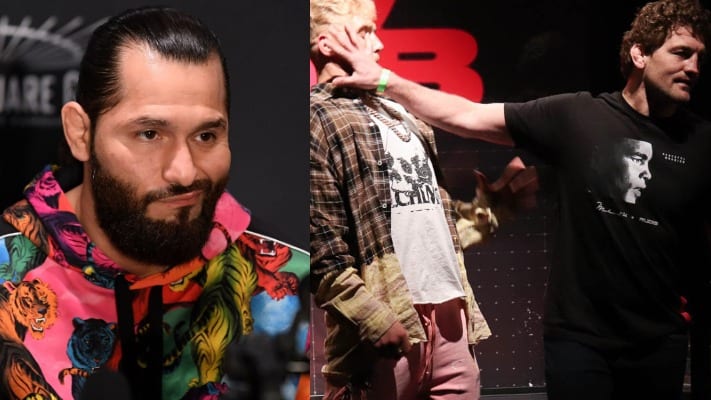 Askren gets set to return to competition when he takes on YouTuber Jake Paul in a professional boxing match set to take place April 17 at the Mercedes-Benz Stadium in Atlanta, Georgia.

Paul has been getting some help from Askren’s old rival in Masvidal as they have repeatedly mocked the former UFC welterweight’s five-second defeat and are planning for Paul to knock him out even quicker.

In a recent press conference, Paul even Facetimed Masvidal who took a shot at Askren by asking if he was still alive from his knockout to him.

And with the narrative that Askren is representing the MMA community in this fight while Masvidal is seemingly not by helping Paul, “Gamebred” decided to make one thing clear.

“The individual I buried does not represent MMA,” Masvidal tweeted Sunday. “He represents all the hard core and casual crotch sniffers #andnew”

Masvidal was likely taking a shot at Kamaru Usman in the process as they get set to face each other in a rematch at UFC 261 which takes place next month.

In fairness, Askren doesn’t believe he’s representing the MMA community either as he feels there are way too many people who dislike each other to come together.

And going by Masvidal’s actions, that point is certainly made further clear.