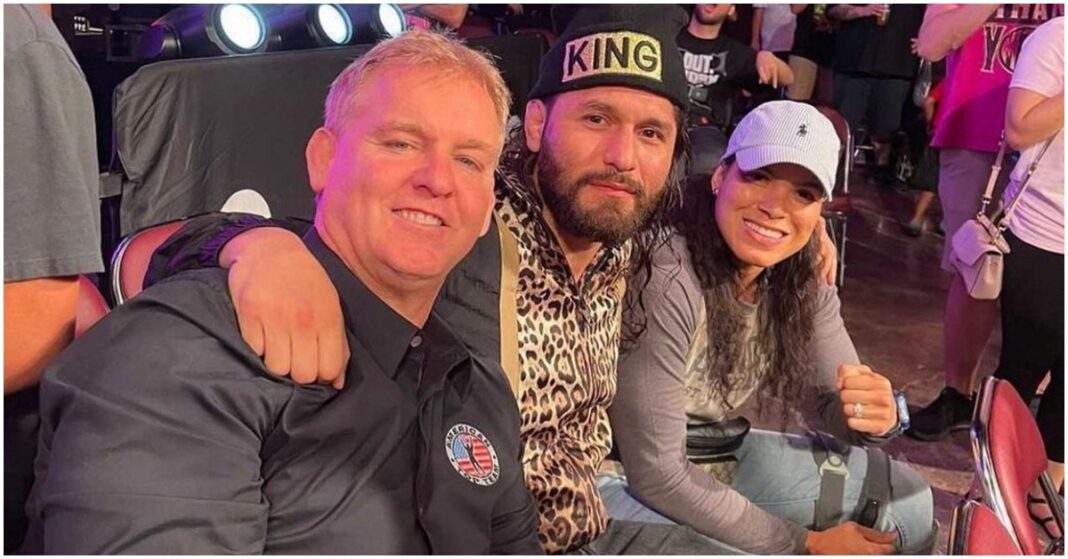 The UFC featherweight champion clearly wanted to make a change after suffering a monumental upset loss at the hands of Julianna Pena at UFC 269 back in December.

On Monday, it was revealed that Nunes had ended her eight-year relationship with ATT with the view to creating and establishing her own MMA team.

During a recent appearance on The MMA Hour, Masvidal reacted to the news that he and the GOAT of WMMA are no longer teammates, he said.

“To see her progress is amazing. To see her progress under American Top Team, my same gym, [it’s] like wow! I never worked out with her or sparred or anything but to some extent, the journey that she had was like shared with me. It just definitely hurts not to have her there I think. But man, I’m just always wishing the best for her. She’s going to do her own thing… Obviously, it hurts and obviously, I want her [to stay] at American Top Team and I think we all do, we all love her. So it’s like a… It’s a devastating blow.” (Transcribed by Sportskeeda)

Masvidal will be hoping to get back to winning ways after suffering back-to-back defeats against Kamaru Usman. ‘Street Jesus’ took a short-notice fight for the welterweight title back in July 2020 and was handily beaten over five rounds.

For their rematch, Masvidal was given ample time to prepare but the result was the same, an Usman win. In fact, ‘The Nigerian Nightmare’ picked a much more definitive victory by closing the show with a one-punch KO inside two rounds at UFC 261.

Do you think Jorge Masvidal will beat Colby Covington at UFC 272?