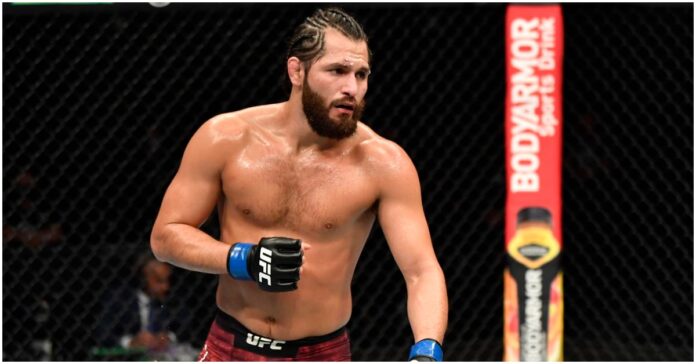 Jorge Masvidal has made an appearance on the IMPAULSIVE podcast revealing his thoughts on UFC 272 and the altercation that followed.

Gamebred is currently dealing with an alleged assault case on Covington after attacking him whilst he was out to dinner following on from their matchup. Masvidal revealed the disappointment he felt in himself whilst speaking on the show.

“I was f—king irate,” Masvidal told the IMPAULSIVE podcast “I was upset, and I just like to be in isolation when I get like that. It’s better for me. Take a couple days to figure it out and if I have a problem and I can’t figure it out, f—k, then it’s a real problem. I could fail at something, but if I could find a way to fix it, then I can go back and address it again, then I can sleep with peace at night. So that’s what I did — five, six days in that nowhere land, like, ‘F—k,’ and then I came up with a plan, and now I’m gonna execute that plan.”

Ultimately Colby Covington would get the better of Jorge Masvidal over the five rounds and claim a unanimous decision victory after applying a wrestling-heavy approach.

There was a major gap in the wrestling abilities between the pair, something that Jorge Masvidal hopes to remove over through the upcoming weeks.

“I’m gonna go spend some time in Pennsylvania, wrestle in the morning, wrestle at night, wrestle in the morning, wrestle at night, and stay doing that, because I don’t feel like I have to work on my boxing — not to be cocky — or my kicking,” Masvidal said. “It’s there any time. I’ve just got to sharpen it up before fights. So one of my main plans right now is go wrestle day and night and see what comes out of it.

“I’m not even thinking that far yet,” he concluded. “I’m just gonna go sharpen these tools. Just wrestle, wrestle and f—k see what comes out of it. And once I feel I’ve improved, I’ve leveled up, I’ve f—king hit a Super Saiyan on everybody, we’ll find out who I’m gonna f—king murder.” (Transcribed by MMAMania).

Is it too late for Jorge Masvidal to make significant improvements in his career?