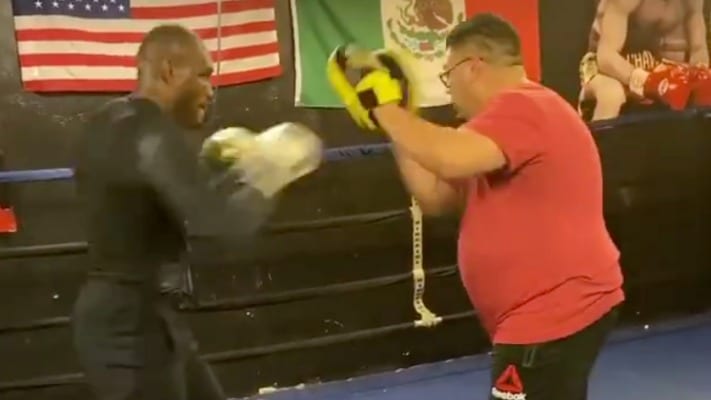 The trash talk between Jorge Masvidal and Kamaru Usman continues.

Masvidal is expected to be next in line to challenge for Usman’s welterweight title and things have certainly heated up between the pair in recent weeks. Most notable was their Super Bowl media day altercation which further highlighted that they don’t like each other.

In a more humorous shift, however, Masvidal recently decided to mock footage of Usman’s pad work. He did this by apologizing to ESPN commentator Stephen A. Smith, who took a lot of grief for his own pad work footage that did the rounds.

“I want to apologize to @stephenasmith on behalf of the mma community. They had something to say about you but wtf is this?”

As for when a fight could happen, UFC president Dana White recently revealed that it could take place during International Fight Week in the summer which is still some time away.

However, both fighters are open to other options, namely a lucrative fight with Conor McGregor, with Usman recently hinting that he could face the Irishman next.

We’ll just have to wait and see what’s next for both of them.

Do you think we’ll see Masvidal challenge for Usman’s title next?