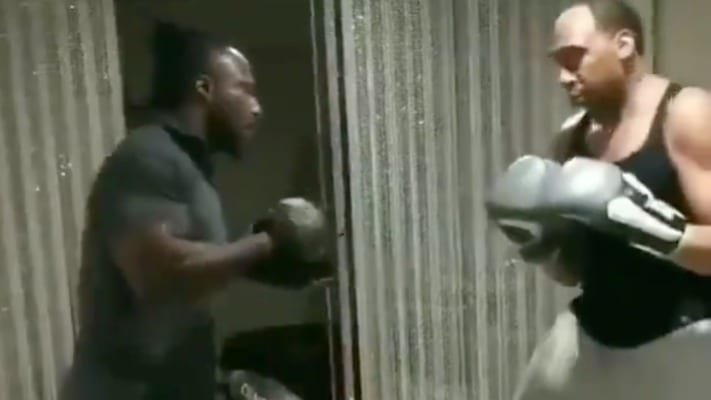 Footage recently emerged of Stephen A. Smith doing pad work — and it came at the worst possible time.

A video was posted on Tuesday showing the ESPN commentator doing slow pad work as it quickly went viral.

One reason why could be because of Smith’s overall popularity. Another reason may be because it came following his harsh criticism of Donald Cerrone.

Cerrone faced Conor McGregor at UFC 246 this past weekend and suffered a quick 40-second defeat. Smith was not pleased with what he saw as he unloaded on “Cowboy” after the event:

Smith’s comments did not go down well with many in the MMA community. And so, it was fitting that they responded by roasting his pad work.

You can see the responses below:

What do you think of Smith’s pad work?