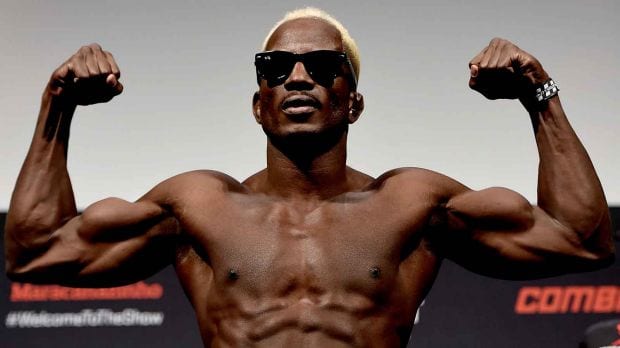 The performance enhancing drug problem in MMA has sprung up again as news has broke from the Brazilian Athletic Commission via MMAJunkie that Jorge de Oliveira has tested positive for the anabolic steroid stanozolol following his first-round submission loss at UFC Fight Night 62.

The Comissao Atletica Brasileira de MMA (CABMMA) had originally reported that all of the tests from the event, which went down on March 21, 2015, were clean, but apparently that was not the case. The commission has blamed a communication error for the mishap and has subsequently handed down a year-long suspension on de Oliveira.

The commission also said that de Oliveira’s sample was sent back a day later than the other samples, which also caused the delay and the misunderstanding.

Besides being submitted at UFC Fight Night 62, de Oliveira also lost to Dhiego Lima at UFC Fight Night 56 last November, putting him at 0-2 in the career. With his suspension, de Oliveria has not had a great start to his UFC career, and it wouldn’t be surprising to see the UFC part ways with him after this incident.

Despite the disappointment of seeing fighters pop for PEDs, the UFC has definitely taken charge in trying to clean up the sport. As we near the launch of the promotion’s new and supposedly improved testing program which will premier in July, does our sport have a cleaner and brighter future ahead?