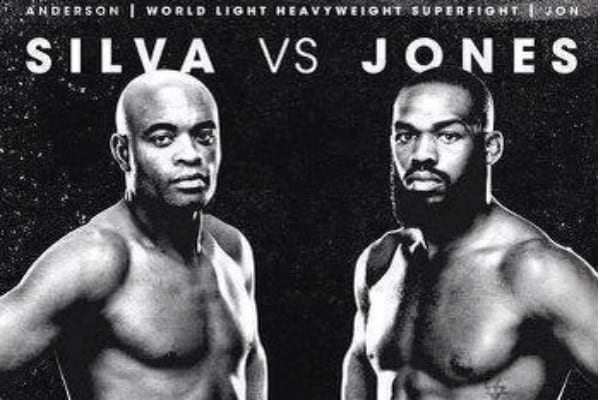 Jon Jones vs Anderson Silva is ‘never going to happen’, but “Bones” would fight Fabricio Werdum’ all day’…..

UFC light-heavyweight champion Jon Jones has dominated the division since becoming the youngest ever champion back in 2011. Victories over Rashad Evans, Quinton Jackson, Alexander Gustafsson, Vitor and Lyoto Machida have highlighted an illustrious career at 205 pounds, but the time is fast approaching for Jones to think about moving up in weight.

Providing he can get past Daniel Cormier, and the winner of Gustafsson and Anthony Johnson, “Bones” will have no work left to do at light-heavyweight. Speaking during the recent “Time Is Now” presser, and transcribed by MMAFighting, Jones says he plans on doing some superfights before going up to heavyweight, but does not want to fight Anderson Silva at this stage:

“I would never want to fight Anderson. Never. Ever, I just look up to him so much,” Jones said. “And he’s just…I don’t have many people that I’ve looked up to in my lifetime and think, ‘wow, how cool would it be to be that guy.’ Look at what he’s done. Jordan, LeBron, Anderson, Kobe, I consider them all in the same type of class. The Jeters. Athletes of that caliber don’t come around that often. I don’t want to be the guy to beat him. Even though that’s happened already, I wouldn’t want to lose to him and I don’t want to beat him. “

It looks like after their media showing last night, Jones and Silva got to training together. Check out the video from Jones’ instagram:

It’s probable that the only superfights that would make sense are against Chris Weidman, providing he is still champion, or against Cain Velasquez, providing Fabricio Werdum doesn’t beat him. Continuing, Jones says he would actually relish a fight with “Vai Cavalo” due to him being a smaller heavyweight:

“A guy like Werdum, I would fight him every day, all day,” Jones continued. “Why? Because he’s not the biggest guy. But the heavyweights I believe would give me the hardest time are the big ones. Not necessarily the better skilled ones — just the bigger ones. You shoot in and they sprawl out on you, that’s going to take a lot of energy to finish that shot, you know what I mean?”

At 6 foot 1 inch, would Cain Velasquez be considered a small heavyweight for Jones? Probably, and he is well within the heavyweight limit at 241 pounds. I think the problem for the lhw champion would be with the takedowns from the ‘smaller’ heavyweights. Guys like Velasquez have a low centre of gravity, and he is very explosive for the weight.

So Jon Jones vs Anderson Silva is a no go, anyone interested in seeing Jones vs Werdum/Velasquez or even Weidman?