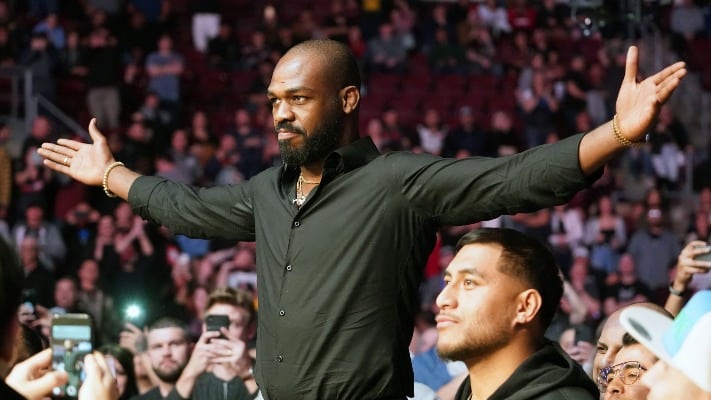 Former UFC light heavyweight champion Jon Jones is planning for plenty of physiological changes ahead of his highly-anticipated heavyweight debut sometime next year and is planning on a massive return to the cage, literally.

Jones has been relatively quiet since defeating Dominick Reyes in early 2020 in what would be his last light heavyweight title defense. He would then vacate the belt with the plans to move up to heavyweight and eventually challenge for the title.

But, a series of contract negotiations have stalled for Jones’ comeback and divisional debut, after it was originally expected that he would fight UFC heavyweight champion Francis Ngannou.

Former Golden Boy Promotions CEO Richard Schaefer is now Jones’ advisor and alluded to Jones’ intentions to enter the octagon looking bigger and better than ever.

Schaefer told MMA journalist Ariel Helwani that Jones isn’t just preparing to move up to heavyweight, but is also looking at weighing in at a gigantic 275 pounds for his next fight. Schaefer went on to say that Jones has bulked up to 260 pounds but is looking to increase his size even more.

Jones made Schaefer his advisor after contract negotiations stalled with his longtime management team at First Round Management. It can be assumed that Jones’ recent gripes with the UFC were a major reason why he decided to change management at this point in his career.

Jones has been one of the biggest voices among the fighters when it comes to the issue of fighter pay in the UFC. Jorge Masvidal, Jones and others have made their opinions clear about UFC’s method of compensation for their athletes.

Outside of speaking out, Jones has been seen on social media working out hard at Jackson-Winkeljohn in New Mexico. As long as he’s able to handle the weight gain and still show his elite athleticism, this could be a bad thing for the rest of the heavyweight division.

Do you think Jon Jones bulking up to nearly 300 pounds could be a mistake for his heavyweight title run?