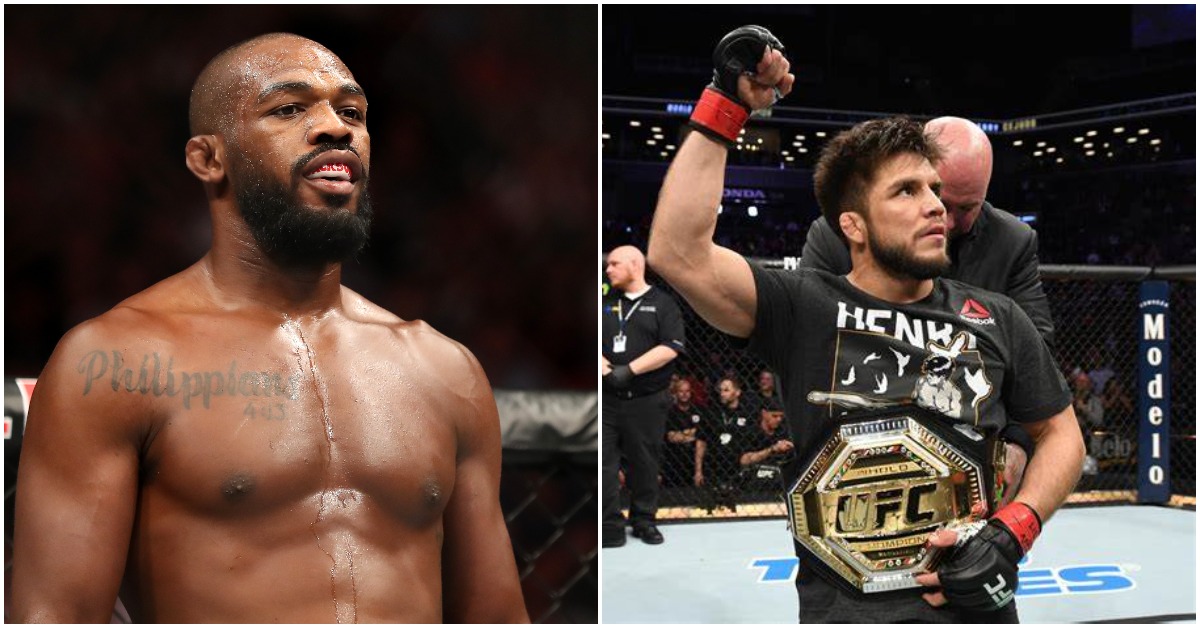 Jon Jones has been absent from an octagon for quite some time now and things haven’t been easy for the former light-heavyweight champion during his time away from fighting.

Following his arrest back in November, Jones was no longer allowed to be training at his former gym Jackson Wink MMA.

However, it seems Jones has settled now into a new gym, whilst still working alongside coaches Greg Jackson and Brandon Gibson outside of Jackson Wink, Jones has now joined forces with Fight Ready MMA. The gym is led by Santino Defranco, Eddie Cha, and Eric Albarracin and is the home to former double champion Henry Cejudo.

“As far as fighting, I feel like I’m in tremendous shape, I’m excited to still be representing Albuquerque, New Mexico. I just recently joined with a team called Fight Ready out of Arizona. So, I’ll be representing both teams moving forward.”

Jones couldn’t contain his delight when speaking about working alongside Olympic Gold medallist and heavily praised Cejudo for the impact he has already had on him.

“He’s very family-oriented. He loves martial arts with all of his heart, and he’s a man of God, as well. We have that in common. It’s just a really good thing. I really enjoy the way he’s taken me under his wing and just shown me a different way of looking at the game.”

“Not just the martial arts game, but the game of life. We talk about happiness and being real with emotions. His coaching is more than just combat tactics. He really tries to make you the best man you can be.”

Jon Jones has been out of action for nearly two years, however, after speaking to TV station KRQE, it does appear that the former light-heavyweight champion has a potential return date in mind.

“Those are the two dates that I’m kind of eying. I think it’ll depend on who wins in January between Francis Ngannou and Ciryl Gane, and we’ll just take it from there.” (transcribed by MMAJunkie.com)

Who would you prefer to see Jon Jones take on when he makes his return?