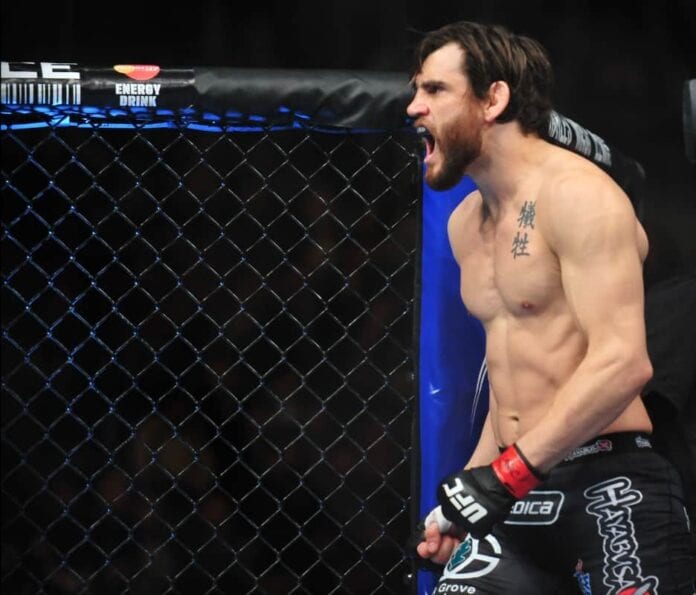 Fitch has always been a solid fighter, but his style is not the most pleasing to the fans which ultimately led to his release from the UFC in 2013. Since then, he has gone 2-2 in the WSOF, winning two out of his last three, but falling to current champion Rousimar Palhares in his last outing. Fitch will look to get back to his winning ways come October.

Okami, a long time middleweight, is actually moving down to 170-pounds to meet Fitch. The Japanese fighter is also coming off of a loss to a current WSOF champion in David Branch, and will also look to get back on track when he squares off with Fitch next fall.

However, this is not the only news released, as it has also been made clear that the WSOF heavyweight title will be defended on this card as newly crowned champion Blagoy Ivanov will look to defend his title for the first time against Derrick Mehmen.

Moving on seems like more of the same, as two more UFC veterans will meet in October, as Matt “The Hammer” Hamill takes on Vinny Magalhaes. Both men will be making their promotional debuts.

It was also confirmed that one of the company’s biggest stars, “Notorious” Nick Newell, will compete on the card, but an opponent for him has not yet been decided on.

It seems as if the WSOF is really bringing some star power to this card, and it could end up being an exciting night of fights.

Stay tuned to LowKickMMA for all news and announcements regarding WSOF 24.