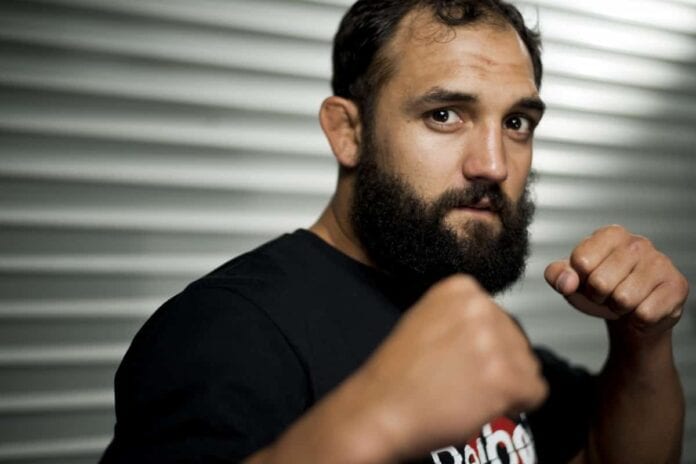 UFC President Dana White announced on Twitter that the co-main event of UFC 192 between Johny Hendricks and Tyron Woodley is off due to Hendricks having issues making weight.

Hendricks vs Woodley is off the card due to Hendricks weight cut issues. pic.twitter.com/By3P6jg2FO

Hendricks had a blocked intestine and a kidney stone. He was rushed to the emergency room. It was later announced that Ali Bagautinov vs. Joseph Benavidez has been moved from the preliminary card to the main card.