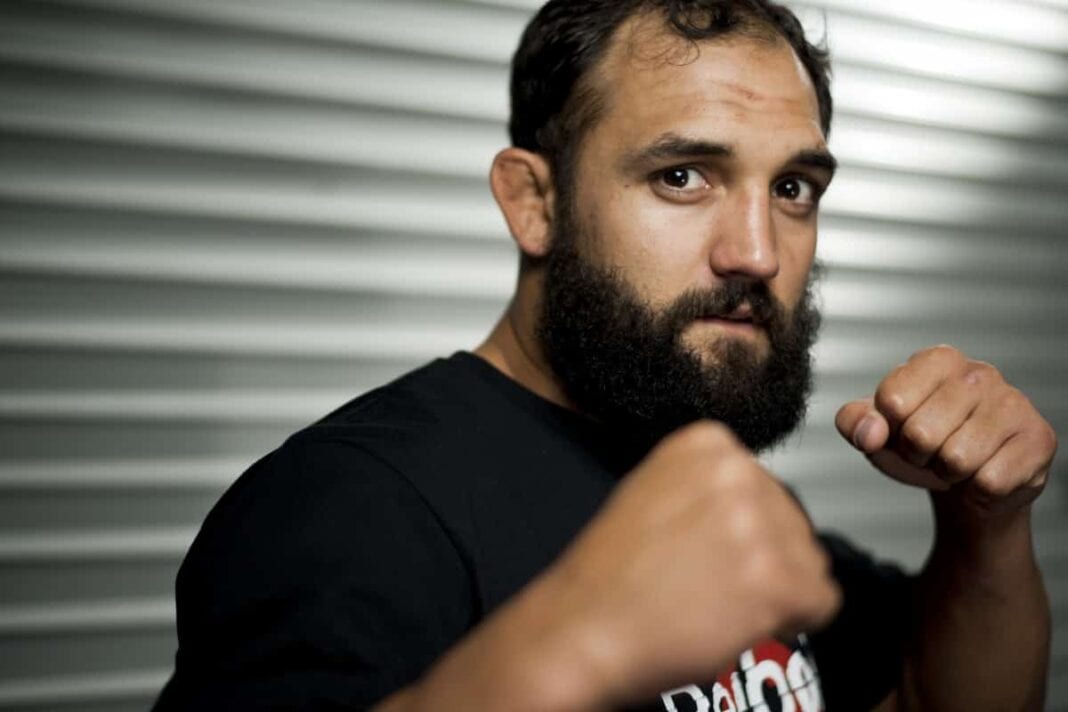 Former UFC welterweight champion Johny Hendricks has been paired with another title hopeful in the form of Tyron Woodley at UFC 192. After both men had appealed for the next shot against Robbie Lawler, it was eventually revealed that ‘Ruthless’ would face former interim champion Carlos Condit at UFC 193 instead. In terms of waiting for title shots, ‘Bigg Rigg’ is no stranger to the fact it’s hard to get to the top of the pack.

Now, having been leapfrogged by ‘The Natural Born Killer’, Hendricks tells our good friends at Submission Radio Aus that he might take a page out of Donald Cerrone’s book and become the last man standing in the title picture:

“I hope (beating Tyron) gets me the title shot. I don’t know how (Condit) got he next shot, but he did, and you just have to get one more win. Or you can go the ‘Cowboy’ (Cerrone) route and keep beating everyone until I’m the last contender. If beating Woodley doesn’t get me the title shot, then I guess I’ll drop back to the number 15 guy and get a title shot that way.”

The rankings system is often criticized for the fact that they have little-to-no influence on how title fights are decided. On this subject, Hendricks believes it’s important to not dwell, and that he refuses to go down the route of trash talking in order to get a shot at the strap:

“I understand rankings, there’s a place for them, if I was 0-2 against Robbie I could understand, but since it’s 1-1 I just feel like nobody should have jumped me (in the rankings). Look at Frankie Edgar, he’s exciting and he hasn’t had a title shot in a long time. You can’t think too much, you just have to do your job and fight. I’m never gonna talk trash to try and get a title fight, I let my fighting do the talking. I’m just gonna keep beating people until there’s no-one left.”

So Hendricks may be forced to go on yet another long run in the quest for a title fight, but the two bouts he as with Lawler already means there’s always going to be a backstory to sell down the line. ‘Bigg Rigg’ was then quizzed about who would win between Lawler and Condit:

“It depends what gameplan Carlos Condit comes out with, but his title fights have all been decisions. He might go out there and try to take the fight to Robbie Lawler early, only time can tell. How well will Robbie recover from his last night? We just don’t know.”

Finally the former 170-pound boss is asked about Georges St-Pierre‘s recent comments, where the ex-long time champ said that he feels ‘NBK’ will emerge victorious in the triple threat title scene:

“Who cares (laughs), who cares? The reason why he’s saying that is because I got tired in the third round with Condit. I can go for five round when I have a camp for a five round fight. Realistically, who cares?”

“Hopefully I can go out and showcase some of the things I’ve been working on (against Woodley) I’m improving my striking, and also show the power that I have. I want to get back to the old way.”

We’ll see if the knockout machine returns at UFC 192, but ‘The Chosen One’ is certainly a legit threat, and is very similar in terms of skill sets. If ‘Bigg Rigg’ beats Woodley a title fight is no sure bet, but a loss could prove extremely costly in the talent-deep welterweight class.

We’ll keep you updated on Hendricks, Lawler, Condit, and much more MMA and UFC news here at LowKickMMA.