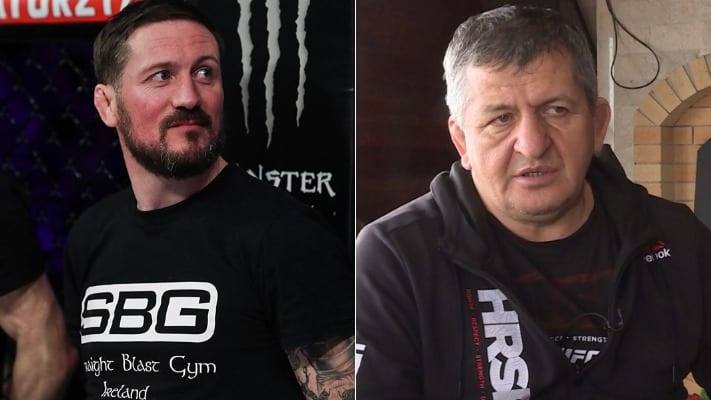 Conor McGregor has been gunning for a rematch with Khabib Nurmagomedov since his October loss to the Russian champ last year.

McGregor made his highly-anticipated return to the UFC at UFC 229, when he headlined the Las Vegas show against Nurmagomedov. In the fourth round, McGregor submitted to a neck crank. Its been a year since that fight took place, and along with attempts to put his legal issues aside, McGregor is on the hunt for an opponent to return to the cage. Ideally, he’d like a rematch with Nurmagomedov.

However, the Khabib camp doesn’t believe the Irishman is deserving of the opportunity. Recently, Nurmagomedov’s father, Abdulmanap, suggested such a fight would have to take place in home territory for Khabib in Russia.

“If McGregor wants it, then Moscow is waiting for him. He said once that he has more fans here than Khabib,” Abdulmanap said. “We want to host him in Moscow, he is welcome – we are waiting.”

While Abdulmanap is open to the fight, he acknowledges that Tony Ferguson is the more deserving candidate to face his son next, and believes a bout against “El Cucuy” in March is the fight to make.

“Before McGregor we should finish our business with Ferguson,” Abdulmanap stated. “Because he had 28 fights, and runs a 12-fight winning streak in the UFC, just like Khabib. Such winning streaks and such big fights have never happened in the UFC.

“So I think Madison Square Garden is a good place for this fight, but we won’t fight earlier than March.”

What do you think about Kavanagh’s response to Abdulmanap Nurmagomedov?