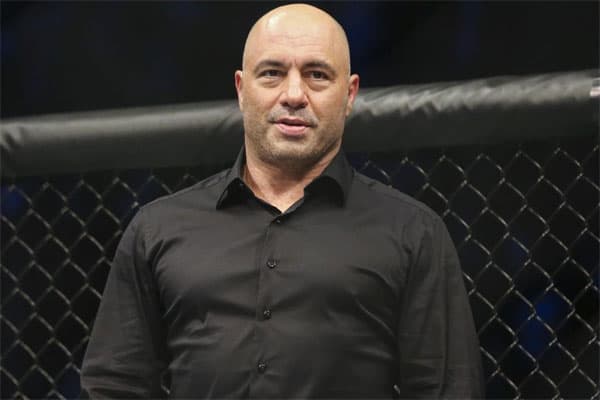 Last night’s (Sat., March 3, 2018) UFC 222 from the T-Mobile Arena in Las Vegas, Nevada, was the first time controversial combat sports judge Adelaide Byrd had judged since her laughable score at last September’s Gennady Golovkin vs. Canelo Alvarez boxing match, so it was hardly a surprise that the event featured some questionable split decisions in fights she was judging.

Three bouts she judged in total ended in split decisions, including a questionable 29-28 nod for women’s strawweight Ashley Yoder over Mackenzie Dern, and a 29-28 nod to Cody Stamann in his bantamweight match with Bryan Caraway, a score that was echoed by judge Sal D’Amato to give Stamann a win most media outlets had scored for Caraway.

The fact Byrd presided over the card was announced by Octagon commentator Jon Anik at the beginning of the Stamann vs. Caraway bout (where Anik said Canelo vs. Golvkin was in August 2016, for some reason), and it led to a hilarious exchange between Joe Rogan, Daniel Cormier, and Anik where they made fun of Byrd’s questionable past based on the Canelo vs. GGG decision. Check it out as transcribed by MMA Mania:

Anik: I can tell you boys, that one of the three judges for this fight is one Adalaide Byrd. First time judging since that controversial August 2016 decision in GGG vs. ‘Canelo’ Alvarez, so don’t shoot the messenger.

Rogan: We just both had a heart attack. Oh God, she was driving a Ferrari for that fight.

Rogan: She’s a nice lady though.

Cormier: She’s a great lady. The other day I saw her at The Ultimate Fighter… (laughs) She’s a very nice lady, let’s just leave it at that.

Rogan: She’s a very nice person. So is my mom, but I wouldn’t want her judging any fights.

Rogan: My mom would be like, “Oh Canelo is handsome! I’ll give him the round.”

Then the conversation continued on later in the bout when ‘DC’ hinted that leaving this particular bout in the hands of the judges may not be a good idea:

Cormier: Leaving an impression in the judges’ minds is especially important. Especially… with…

Rogan caught himself in the second exchange, but the cat was out of the bag after he suggested Byrd was ‘driving a Ferrari’ for her score in the Canelo-Golovkin bout, a statement implying some nefarious connections to her heavily criticized scorecard.

She’s still back judging high-level fights, however, and based on last night’s results, no fighter who lets a contest go to the scorecards is safe.