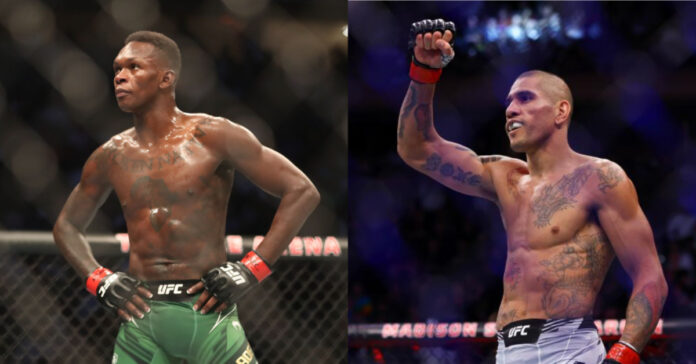 The collision course for a fight between Israel Adesanya and Alex Pereira was set as soon as ‘Poatan’ entered the UFC.

The pair have faced off twice before in kickboxing, with Pereira winning both bouts. The first of which some, including Adesanya, contest the result, claiming that Adesanya was the deserved winner.

The second bout, however, left no questions. Pereira would brutally knock ‘The Last Stylebender’ out cold, before taunting Adesanya while he lay unconscious.

The storyline is too good for the UFC to not go for, and after just three wins inside the octagon, with an overall 6-1 MMA record, Pereira finds himself fighting for a UFC title.

As part of the build-up to the November 12 main event bout, Adesanya would release an epic promo video to his YouTube channel.

“When I fought him, I thought I won the first fight. In the second fight, he was honestly on skates, the referee saved his ass because I was about to drop him. The third round he knocks me out in his own country – that’s a beautiful story for him, but I’m still here.”

“This is perfect for the storyline, leading up to everything.

“A guy like that, like I’ve said, he’s a beast. If you can make that look easy, it just makes you look legendary.

Adesanya and Pereira are set to do battle in the main event of UFC 281 in Maddison Square Garden, with Adesanya currently sitting at a -165 favorite.

Who do you think will win?