LowKickMMA.com
Home UFC News Joanna Jedrzejczyk Reacts To Being Pulled From The Rankings 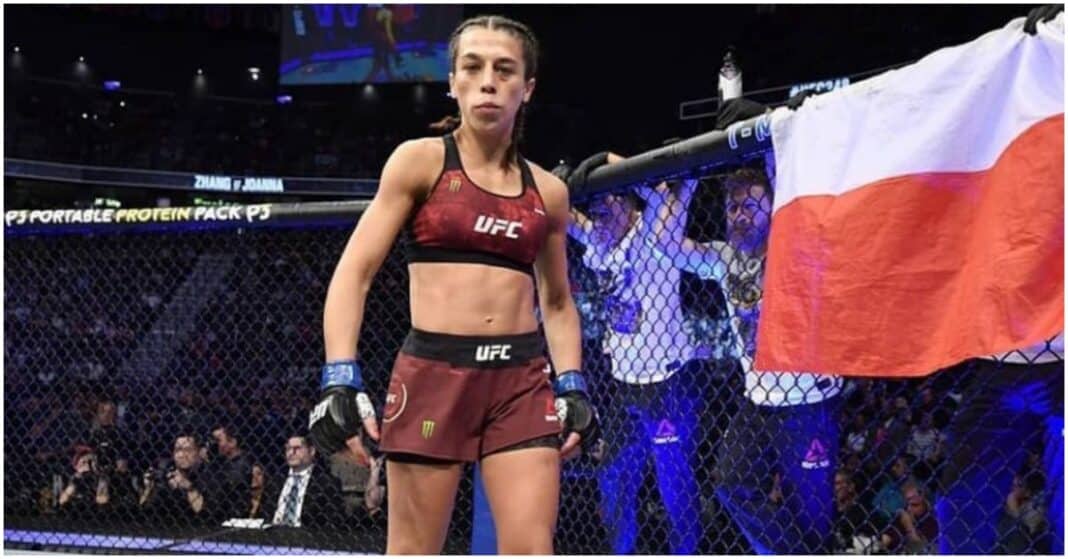 Joanna Jedrzejczyk has spoken out for the first time since she was pulled from the strawweight rankings due to inactivity.

The former champion hasn’t fought since March 2020 when she went five hard rounds with Zhang Weili and was unlucky to come away with a split decision defeat in what was the Fight of the Year.

On Monday, rumours began to swirl about Jedrzejczyk’s UFC future when people noticed she had been removed from the rankings pool. MMA reporter Mike Bohn later confirmed that the Polish striker is still on the UFC roster but has been pulled from the rankings due to inactivity. He also noted that Jedrzejczyk is expected to make her return to the Octagon in the first quarter of 2022.

“Joanna Jedrzejczyk’s removal from the UFC rankings is due to inactivity, I’m told,” Bohn tweeted. “She’s still on the roster and will be reinserted when she returns to competition. Likely around March 2022.“

Jedrzejczyk was sitting in the #2 spot in the official strawweight rankings, only beneath the former champion and her one-time foe Weili at the time of her removal. Another former champion, Carla Esparza has now taken her spot and deservedly so after putting together five straight wins at 115lbs.

Joanna Jedrzejczyk Is Unfazed By Her Removal From The Rankings

The former strawweight queen has since taken to social media to react to her removal from the rankings and to promise her fans that she will be back in action “soon”.

“@mickmaynard2 This one was special for you this morning Be prepared for strong (real hard) negotiations,” Jedrzejczyk wrote on her Instagram story alongside a video of her lifting weights.

“Guys! Please do not care about rankings Rankings don’t compete I’ll be back soon… promise What’s meant to be will always find its way,” she added.

Do you think it was fair for the UFC to remove Joanna Jedrzejczyk from the strawweight rankings due to inactivity?