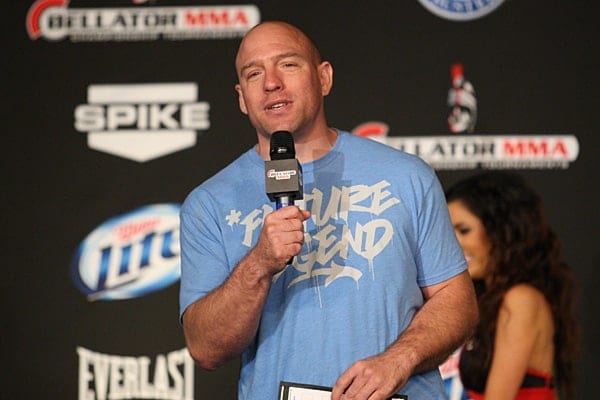 Former voice of Bellator and current UFC commentator Jimmy Smith is set for his UFC debut.

After Bellator recently chose not to agree to terms and renew his contract, the UFC was quick to hop on the longtime color commentator, signing him rapidly to join their ever-growing commentating team.

Smith will be making his live color commentary debut at UFC 221 in Perth, Australia, according to Smith himself via Twitter:

First color gig for the UFC!! See you there at #UFC221 pic.twitter.com/7N88jibLRm

Smith’s debut happens to coincide with Joe Rogan’s new UFC contract, which precludes him from covering international events. Many fight fans and pundits alike have suggested that Smith will eventually take over Rogan’s commentary duties once he finally bows out from the promotion.

Smith made his official UFC broadcasting debut at UFC 220, where he worked the FOX Sports 1 desk in Los Angeles while the card took place in Boston, Massachusetts. The longtime voice of Bellator formally signed with the UFC after failing to reach an agreement with his former employer.

Interim champ Robert Whittaker was originally sent to fight in the headlining fight but came down with an extremely serious case of staph infection that forced him off the card.