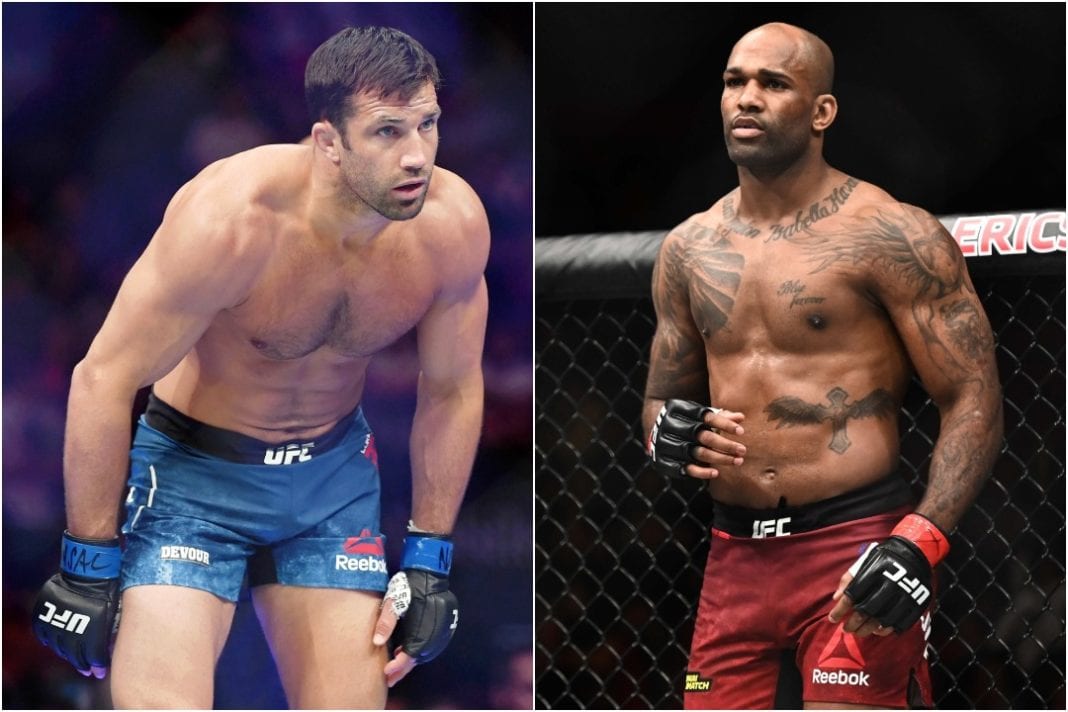 It would seem UFC light-heavyweight Jimi Manuwa is ready to put the gloves back on one more time setting his targets on former middleweight champion Luke Rockhold.

This comes just a day after Rockhold shared with MMA Uk that he “might be getting an itch to fight again”.

In his last outing, Rockhold stepped up to light-heavyweight to take on Jan Blachowicz. The bout ended with him being knocked out in the second round.

Manuwa hinted at his return to the octagon earlier this year tweeting the following.

“All this time off has made me realise I’m that I was truly born for this game  !”

The 40 year old seemingly retired from MMA after losing his last four bouts (3 via knockout) against top contenders in the light-heavyweight division.

Unfortunately for Manuwa, it would appear Rockhold is planning to return to the middleweight division in his comeback outing.

“A lot of interesting choices. If Anderson is still interested and seemingly he is, maybe, you never know. Weidman’s got a fight coming up. If something, he comes out of that well, you never know. There’s options.”

Rockhold went further sharing his plan to take some time and get healthy before he fights again.

“I’ve got to get healthy. It’s getting healthy and getting everything right and just taking some time off. I’ve been pushing it so hard for 15 years in this sport. It’s nice to have a break, mentally it’s freeing. Get focused on some other things I can do and there’s a lot to maintain and keep up with.”

A timeline is unclear to when either fighter will make their return.

Would you like to see Rockhold return to light-heavyweight to face Jimi Manuwa?