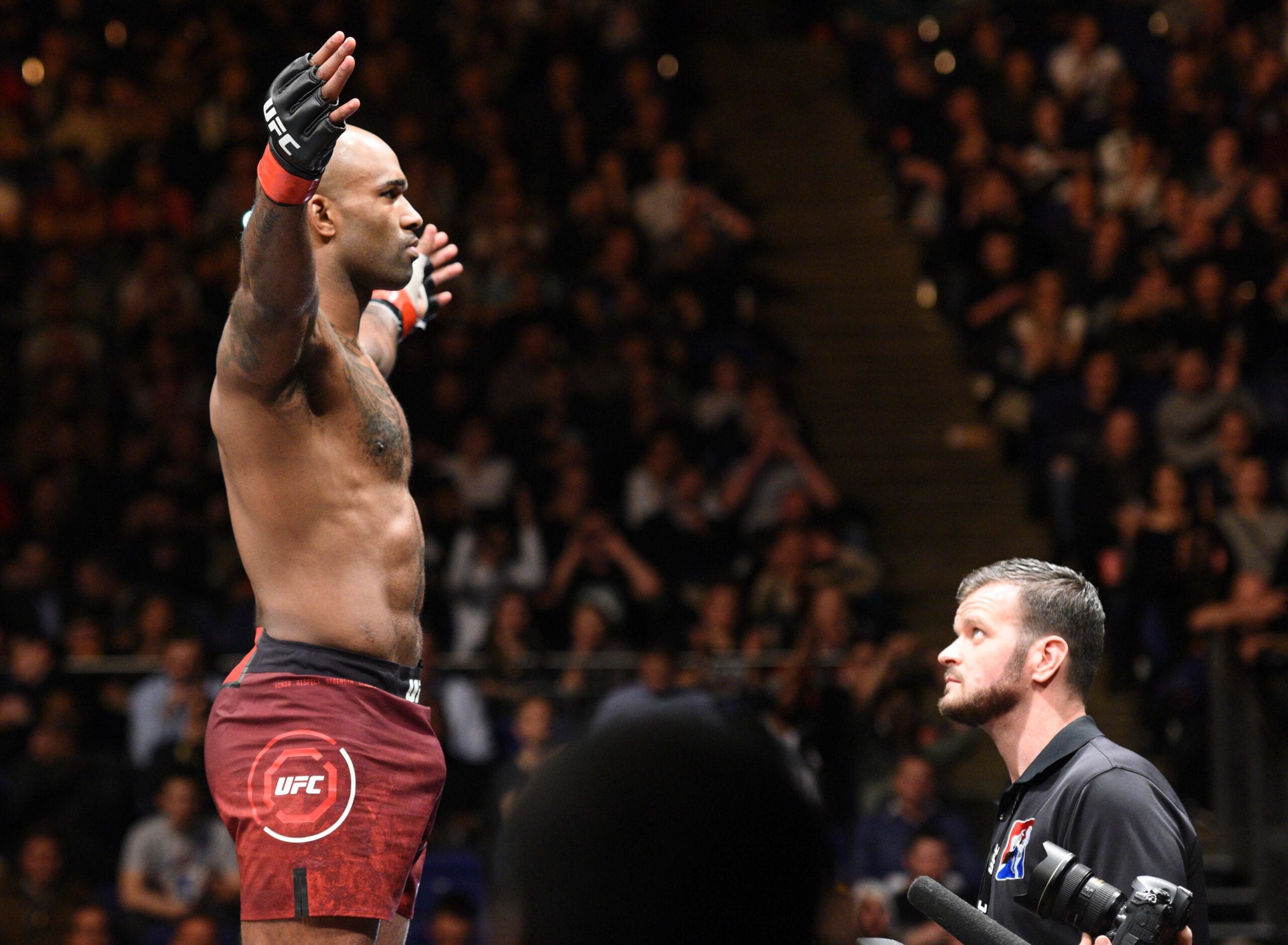 Jimi Manuwa says the UFC persuaded him to take his next fight against Thiago Santos at UFC Fight Night 137 in Ginasio do Ibirapuera in Sao Paulo, Brazil.

Manuwa was originally supposed to fight Glover Teixeira in the main event of UFC Fight Night 137. However, when Teixeira was forced out due to injury, the “Poster Boy” was left without an opponent.

At first, the notion of fighting Santos did not excite the Brit. As a matter of fact, Manuwa labored over the decision to accept the fight against the Brazilian. Persistency paid off in the end, and the UFC got their way as they so often do.

“I didn’t see any incentive in taking the fight because it was coming from a middleweight,” Manuwa told MMA Fighting. “I wanted a good name, so I wasn’t really interested in fighting, but then the UFC persuaded me to take the fight. But I had a little think about it, and Thiago Santos is a good fighter, so I accepted the fight.”

A pay increase likely swayed the 38-year-old. Regardless, you get the feeling that Manuwa wanted to do the UFC a solid. After all, the “Poster Boy” is on a two-fight skid.

“Sometimes you want to step up and … not do favors, but you’ve gotta tell me incentives to take the fight,” Manuwa said. “They explained to me, I had a talk with my coaches and my team and we accepted the fight.”

“Everyone else didn’t make sense,” Manuwa added when asked about other potential opponents. “Everyone that was worth fighting already was matched up. It was very hard in the light heavyweight division because people were fighting or injured or unranked.”

“The UFC knows they have to put a good event, a good opponent for me when I’m fighting because they know I’ll always put on a good show, I always come for the knockout. We’re going to put on a great main event for Sao Paulo. I look forward to coming there.”

Santos is tied with Anderson Silva for most knockouts in the middleweight division (8). However, Manuwa doubts the middleweights power will translate at light heavyweight.

Since the “Poster Boy” is coming off of back to back losses to Volkan Oezdemir and Jan Blachowicz it was imperative he kept his main event slot on the UFC Sao Paulo card. Whether or not his decision to fight Santos will pay off remains to be seen.