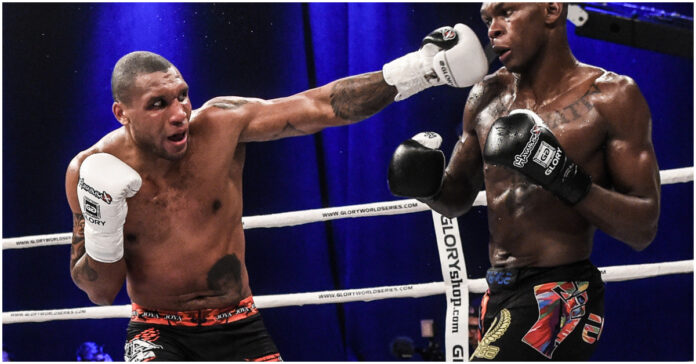 KSW fighter Jason Wilnis is aiming for second encounters with Israel Adesanya and Alex Pereira down the line.

Former GLORY middleweight kickboxing champion Jason Wilnis has transitioned into the sport of mixed martial arts after a decorated career as a striker. In his time competing in the sport, Wilnis crossed paths with current UFC middleweight champion Israel Adesanya and beat him in the contest.

Wilnis followed this up with another significant win over Alex Pereira, widely known to be the only man to have knocked out ‘Stylebender’ in a fight. Pereira holds a win over the 31-year-old but has fallen to him on two occasions.

Ahead of his third outing inside the octagon at KSW 70, Jason Wilnis talked about the possibility of facing Adesanya and Pereira now that they all compete in MMA.

“I can compare with these guys, and even in MMA, I can do a lot more than I do in kickboxing. So we’re working on it, and I can’t wait to rematch these guys again and show them my skills. My skill level in MMA.” (h/t MMA Fighting)

Wilnis goes into the bout with two wins on his fresh record that includes one knockout. He’ll be looking to extend his win tally to three and hand fellow undefeated prospect Radosław Paczuski the first loss of his career.

While he acknowledged that it may be in the distant future as of now, Wilnis does see himself crossing paths with both of his former opponents.

“We have a lot of kickboxing experience,” Wilnis said. “Of course, it helps us in the cage time. It helps because we start standing up. We are kickboxing, so we know what stand-up is like.

“We have our different paths, but maybe we can see each other in the UFC later. I think that’s the plan for me, for Alex Pereira also. He wants to fight Adesanya. I also want to fight one of them. Different paths but somewhere the same goal.”

Would you like to see Wilnis face off against Adesanya or Pereira?