LowKickMMA.com
Home MMA News Jan Blachowicz believes Jon Jones ‘will do everything to not come back’... 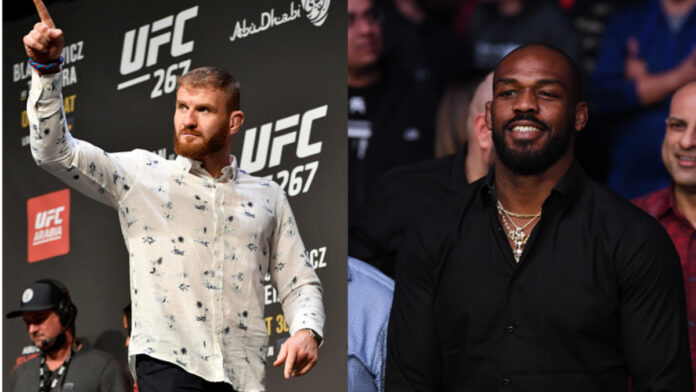 Former light heavyweight champion and Polish superstar Jan Blachowicz had some choice words for Jon Jones recently. Blachowicz would claim that ‘Bones’ is afraid to fight because of the increase in talented opposition and that the 11-time champion Jones is scared to come back and lose in MMA.

Now on a hiatus from the sport dating back almost three years, Jones is eager to get back into things and has claimed he’d like to fight on the UFC 282 PPV card.

Jan Blachowicz has a fight booked for that card, in fact. He faces the light heavyweight terror, Magomed Ankalaev in what is sure to be an insane test for both men.

Jan Blachowicz speaks on Jon Jones’ absence from the sport

“I don’t believe Jon Jones will be back to fighting anymore…” Blachowicz began, speaking to MMA Journalist James Lynch in a recent interview.

“I think that he’s afraid to lose so much that he will do everything to not come back,” the Polish superstar continued. “There was a time when he was dominating our division. After a couple of years, everyone catches (caught up to) his level, and what do you know, very hard for him to win the fight.”

“Like with Dominick Reyes, it was a very very close fight. Everyone that wanted to fight against him was a close fight. Closer and closer. I think that he started feeling that he’s not so good anymore, that we are growing up so to speak, catching (up to) his level.”

Jon Jones last competed in February of 2020, against Dominick Reyes at UFC 247. The fight ended via decision, and ‘Bones’ narrowly edged out Reyes on the scorecards. The world was infuriated, however, as probably 90% of fans believed that Reyes had won the first three rounds, and thereby, the fight.

It wasn’t the only result that had fans and some media members angry. Jon Jones’ last few fights against the likes of Thiago Santos and Anthony Smith were also extremely close. Many thought Thiago Santos had also done enough to defeat Jon Jones. In the case of Anthony Smith, it was close more so because he had an opportunity to win by DQ that he declined to take.

The situation was an accidental knee to a downed opponent, with Smith on the receiving end. He had an opportunity to accept the victory because of that but decided to go on and keep fighting, which resulted in a loss via decision.

So, one could argue based on those facts that what Blachowicz is saying has some merit. Jon Jones would likely disagree, as would many though.

What are your thoughts on the claims by Blachowicz, and who do you want to see Jon Jones fight when he comes back?