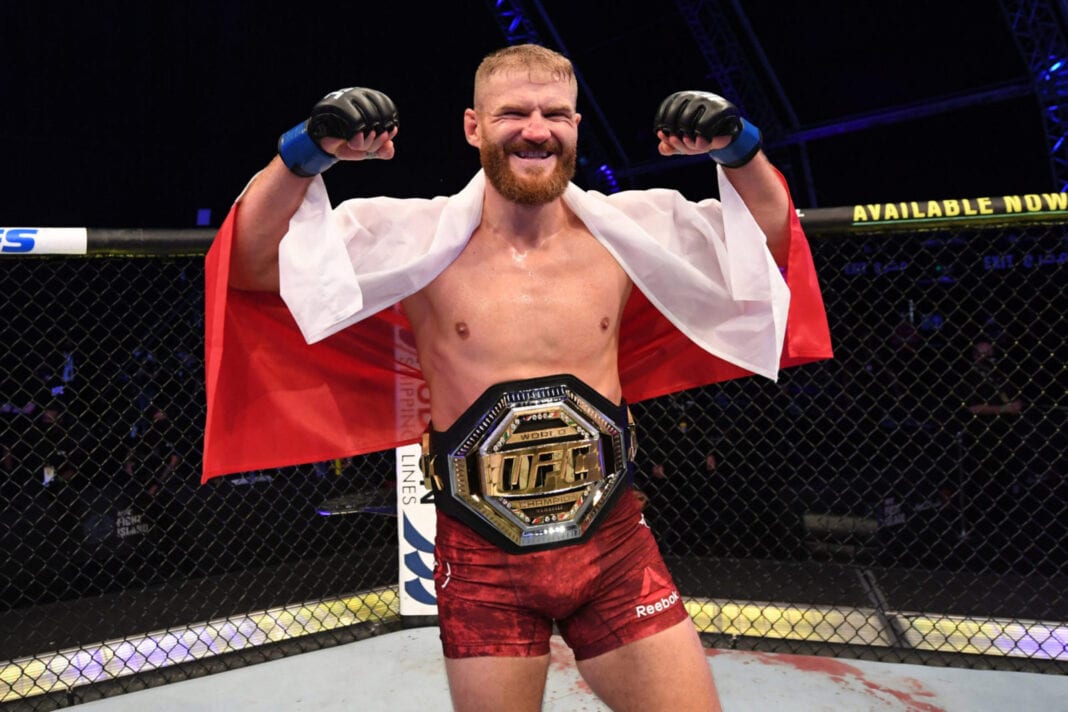 Speaking to Submission Radio, Blachowicz said Jon Jones would be his best opponent but he admits a fight against Jones is unrealistic.

“For me, the best (opponent) would be Jon Jones,” Blachowicz said. “But I think this is not real. It’s not gonna happen so I think that my next opponent is gonna be the winner between (Glover) Teixeira and Thiago (Santos). But also, Adesanya also is really good. So we will see. We’ll have to wait a little bit but for me, personally, the best would be Jon Jones. He promised me this fight after I knocked out Corey (Anderson) and I’m waiting for him. I believe in the future that I’ll catch him somewhere, some day, anywhere.”

Jan Blachowicz went on to say that his recent performance against Dominick Reyes may have made Jones scared of a future fight between the two.

Blachowicz recently became the UFC’s Light Heavyweight champion after he knocked out Dominick Reyes at UFC 253. The Pole claimed the belt after Jones vacated it whilst making his ambition to move up to heavyweight clear.

Jones however did tease him coming back to the Light Heavyweight division, tweeting after Blachowicz’s win at UFC 253, the former champion said: “Would you guys be annoyed if I went back and grabbed my belt real quick?”

Jones has also been talking up a potential super fight with Middleweight Champion, Israel Adesanya. The pair have been going back and forth on Twitter for a while.

Do you think Jan Blachowicz will beat Jon Jones if the pair ever meet?