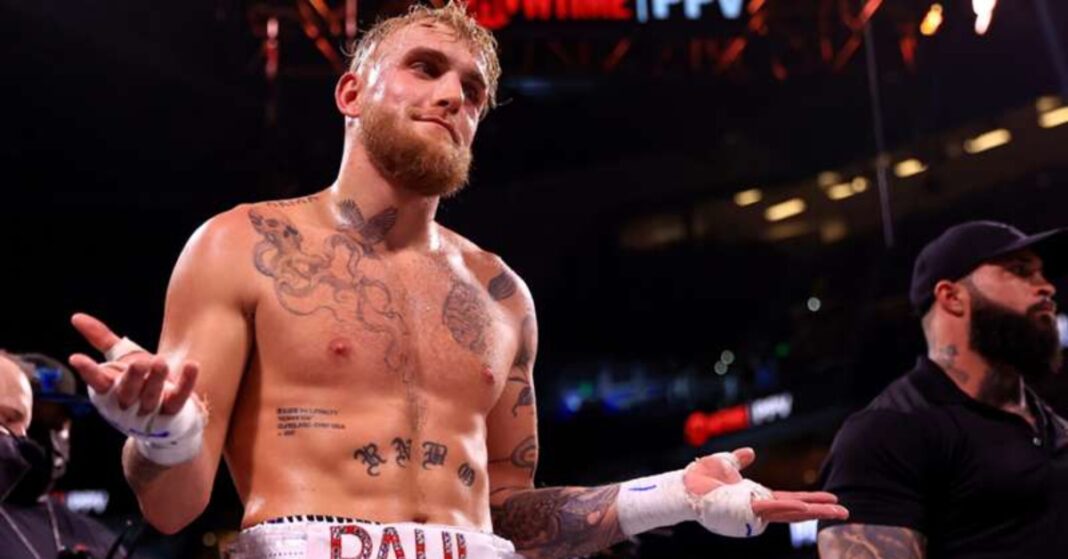 Outspoken Ohio native, Paul, improved to 5-0 as a professional boxer last weekend in Tampa, Florida – stopping the aforenoted former UFC welterweight best, Woodley with a stunning sixth round knockout in the pair’s short-notice rematch under the Showtime banner.

Paul, who had previously defeated Woodley in close split decision showing back in April of this year, was slated to meet with the 7-0 Manchester native, Tommy Fury last weekend in the ‘Sunshine State’ – until the latter was forced to withdraw, citing a cold and a broken rib.

For Canelo, the Jalisco maestro boasts a 57-1-2 professional record, most recently stopping Caleb Plant with eleventh round strikes to clinch the IBF super middleweight title – as well as retaining his WBA, WBC, WBO super middleweight crowns.

Mayweather, a retired former multi-weight and multi-time world champion, retired from professional boxing back in August 2017 following a knockout win over the aforenoted, McGregor, however, returned for an exhibition boxing match with Jake Paul’s elder brother, Logan Paul earlier this year.

Similarly, Mike Tyson, a former heavyweight kingpin and one of the most feared strikers in the history of the sport, returned last year for an exhibition boxing match against Roy Jones Jr. – with an official result undetermined.

As for the elder-Fury brother, the undefeated 32-0-1 boxer is the current WBC heavyweight champion, most recently taking home a penultimate knockout win over Deontay Wilder back in October to retain his crown.

UFC president, White, has never competed professionally, however, was continually linked to a grudge match against former promotional light heavyweight champion, Tito Ortiz back in 2007, however, the bout failed to come to fruition.

Prior to last weekend’s win over Woodley, Jake Paul spoke in brash fashion about White, claiming that the longtime promotional president has both issues with cocaine and soliciting prostitutes.