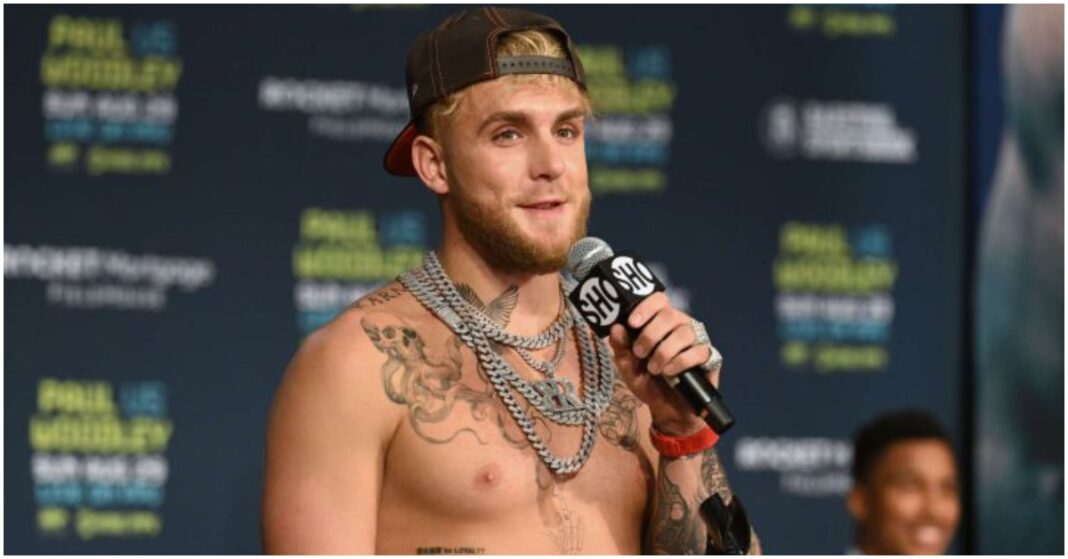 Jake Paul has revealed that when he makes his UFC debut it will be at middleweight.

This shouldn’t come as a huge surprise to anyone since the YouTuber has been competing at 190lbs throughout his short boxing career.

On Friday, Paul took to social media to reveal what MMA weight class he’d like to compete in while also pointing out the issue the sport has with weight cutting. ‘The Problem Child’ also seemed to suggest Conor McGregor as his first opponent as he is currently walking around above the middleweight limit.

“[email protected] when I make my MMA debut, I could cut 20 pounds & do it at Welterweight / 170 pounds. That’s what all UFC fighters do and many have destroyed their bodies & minds doing it,” Paul wrote on Twitter. “But I’m gonna do it at Middleweight (185). Health first. PS Conor walking around at 190”

Jake Paul Has Made A Career Of Fighting Undersized Opponents

The 25-year-old is five fights into his boxing career but has already earned a reputation as someone who prefers to fight undersized and underprepared opponents.

Paul is yet to fight a real boxer and his first two wins came against people without a background in fighting. The internet celebrity stopped fellow YouTuber AnEsonGib inside one round in his professional debut. Paul then scored a viral KO when he faced former NBA player Nate Robinson on the undercard of Mike Tyson vs. Roy Jones Jr.

After that, Paul made the bold leap to box his first real fighter in former MMA champion Ben Askren, who is known for his elite-level wrestling skills and distinct lack of striking. ‘Funky’ had been retired for two years before he stepped in the ring with Paul to be dropped and stopped inside one round.

Since then, Paul has twice fought Tyron Woodley, who is a former UFC welterweight champion with an impressive highlight-reel of KO wins. The first fight was nip-and-tuck, Paul eventually got the split decision win over the 39-year-old who was competing above 170lbs for the first time in his career. The second bout was a drab affair before Paul uncorked a monstrous shot in the sixth round that knocked the undersized aging MMA fighter out cold.

Who would you like to see Jake Paul fight in his UFC debut?