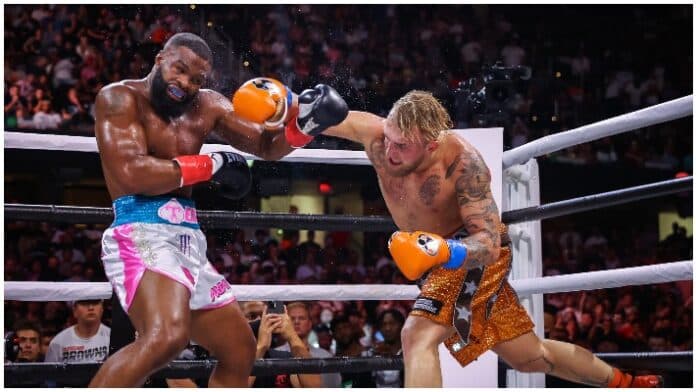 Paul started well and banked the first three rounds against a timid Woodley.

In the fourth frame, ‘The Chosen One’ landed a huge shot that sent Paul tumbling into the ropes.

The fifth and sixth round were really tight. Paul did well to regain his composure, but Woodley seems to be gaining confidence as this fight moves on.

‘T-Wood’ really put the pressure on in round seven. The former UFC welterweight champion pressed forward and landed some good shots. Paul stayed on his backfoot and used his jab well.

The final round opened up with a wild exchange. Woodley thinks he needs the finish and came out intent on getting it. Again, Paul withstood the early swarm and used his jab to fend Woodley off and ultimately see out the final round.