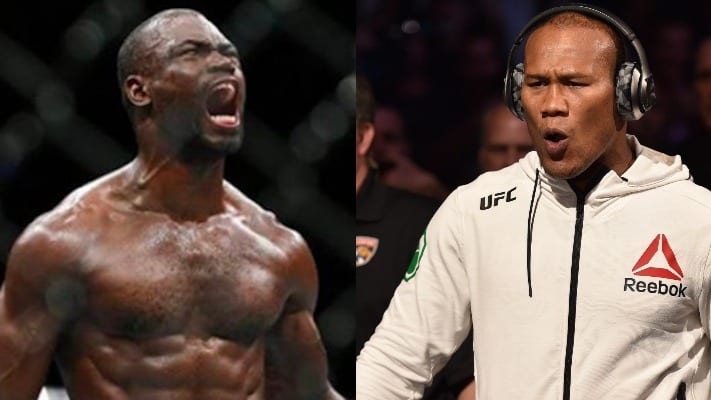 A middleweight bout between Ronaldo “Jacare” Souza and Uriah Hall is reportedly in the works.

That’s according to sources from ESPN who claim that the pair have verbally agreed to a fight at UFC 249 which takes place April 18 in Brooklyn, New York. There is no official announcement from the UFC as of yet, but one can be expected soon.

Souza recently made the move to light heavyweight when he faced Jan Blachowicz at UFC Sao Paulo last month. However, it was a drab affair with Blachowicz getting the nod via unanimous decision.

That setback put Souza on a two-fight losing streak. However, the Brazilian claimed afterwards that he was suffering from illness and was proud of his performance given the circumstances.

He will now return to middleweight and get a chance to also return to the win column against Hall. The 35-year-old is on a two-fight winning streak — his first since 2015 — following victories over Bevon Lewis and Antonio Carlos Junior. A win over Souza would arguably be the biggest of his career.

UFC 249 will be headlined by a lightweight title fight between current champion Khabib Nurmagomedov and Tony Ferguson.

What do you think of Souza vs. Hall? Who takes it?