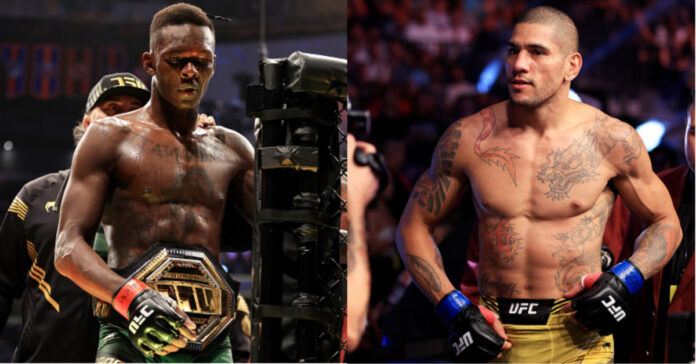 Earlier in the evening, Alex Pereira scored a massive first-round knockout over the ever-controversial Sean Strickland. Ranked No. 4 in the division, Strickland put a potential title opportunity on the line against the unranked ‘Poatan’ who was stepping into the Octagon for just the third time.

With the win, Pereira will jump to the front of the line to meet Israel Adesanya in a UFC world title showdown. During the UFC 276 press conference, Adesanya confirmed that a fight with Pereria is “the next fight.”

“That’s the next fight. I saw his fight. It was a good fight, but Sean Strickland should have focused on his job like I told him to. How soon? We’ll find out.”

When responding to Alex Pereira’s statement that he is going to ‘make’ Adesanya fight in their inevitable showdown, ‘The Last Stylebender’ said that Pereira should do whatever he feels he needs to do when they square off.

“At the top, it’s nice at the top, so whatever he feels he needs to do, to make me fight. I fought tonight. I fought my a** off tonight. I didn’t feel like I was chilling or waiting. I was pressing the action. I was going for it. I was touching him up.”

Pereira and Adesanya are certainly no strangers. The two met twice under the Glory banner in 2016 and 2017. In their first contest, Periera earned a unanimous decision victory. In their rematch, Pereira scored a massive knockout at Glory of Heroes 15. It was the first and only time that Adesanya has been knocked out in combat sports.