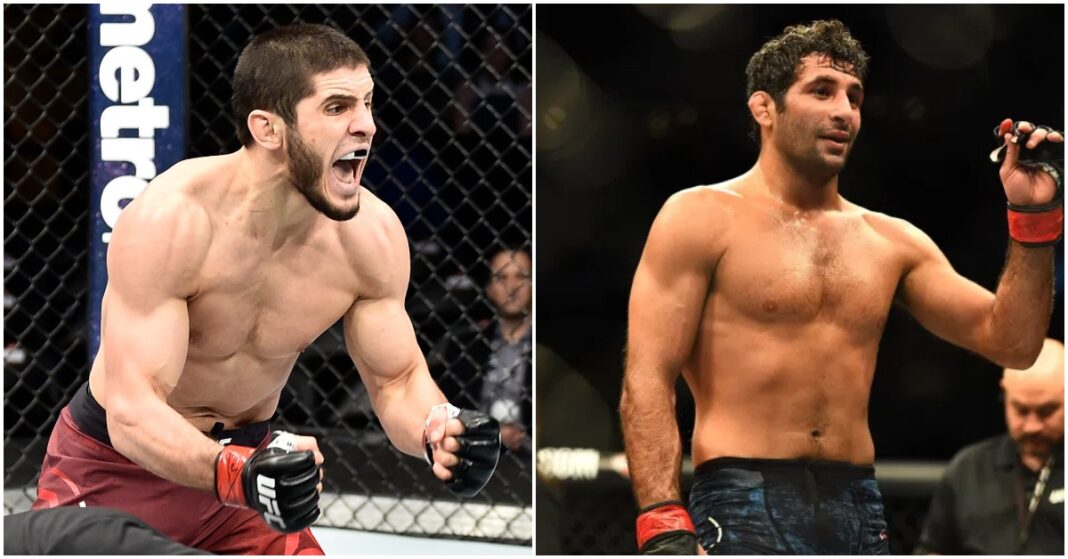 It was recently announced that UFC lightweights Islam Makhachev and Beneil Dariush have agreed to fight in a five-round, main event on a UFC Fight Night, February 26th.

ESPN reporter Brett Okamoto took to social media to break the news of what appears to be a number one contender fight.

The fight will pit number three ranked Dariush and number four Makachev in which the winner will have a strong argument for a title shot after front runner Justin Gaethje.

Although both men have had success in the build-up, there is a disparity in top-level experience. Dariush has been competing with the likes of Jim Miller since 2015. Although Dariush has had some losses, these have been against the likes of Edson Barboza. He also has other impressive names on his record such as Michael Johnson and James Vick and has seemed to have really found his footing as of late.

Makhachev on the other has only begun to face ranked opponents in 2021 and finds himself in the number four in the world but he has not beaten a top-five ranked opponent. Although Makhachev has not faced the highest level of competition for a long time he has been dominant since the first loss of his career. This was on display when he faced at the time number six ranked Dan Hooker, taking down and submitting the New Zealander in the first round.

What do you think? How do you see Islam Makhachev v Beneil Dariush going?