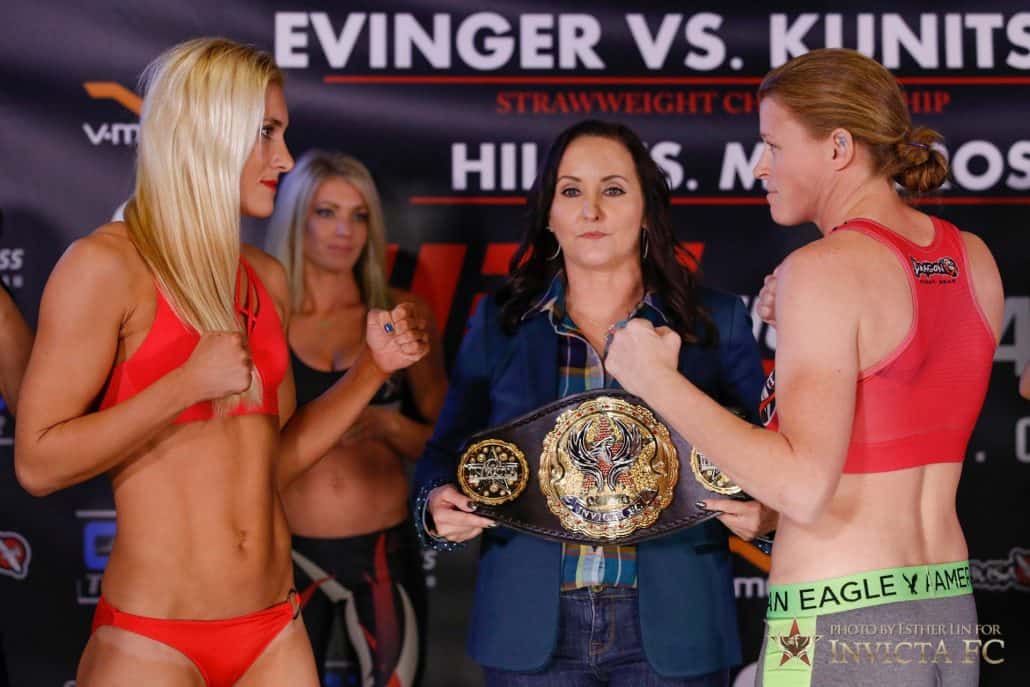 It’s once again fight day here at LowKickMMA, and the talent on display tonight (Saturday, March 25, 2017) will come in the form of Invicta FC 22. Headlining the card are Tonya Evinger and Yana Kunitskaya, but there’s a whole bunch of great fights also taking place on the rest of the main card.

Ayaka Hamasaki (14-1) and Livia Renata Souza (9-1) meet in a strawweight bout the co-main event. After having a feeling out process, Souza dropped her with a right hand then finished on the ground with strikes. Horrible referee stoppage.

DeAnna Bennett (8-2) vs. Jodie Esquibel (5-2) is next in a strawweight bout. In round 1, Esquibel scored a takedown and got guard. Bennett worked for an armbar from her back, but Esquibel didn’t tap. In round 2, they exchanged for the entire round. Not a ton of action in this round. In round 3, Esquibel continued to press forward, but Bennett was back peddling and looking to counter strike. They had a good exchange to end the fight. The judges gave the win to Esquibel by decision.

Kal Holliday (1-0) vs. Miranda Maverick (1-0) is next in a strawweight bout. They clinch right out of the gate but shortly separate. Holliday slammed her down to the ground halfway through the round. Maverick locks in an armbar and gets the tap.

Opening the card on UFC Fight Pass is Felicia Spencer (1-0) vs. Madison McElhaney (1-0) in a featherweight bout. In round 1, they came out and started swinging. They clinch up against the fence then separated. Spencer with a judo throw halfway through the round and landed some strikes while having her back. McElhaney got to her feet. McElhaney took her down halfway through the round and got guard. McElhaney went for an armbar but couldn’t get it to end the round. In round 2, McElhaney starts the second round with a barrage of punches! Spencer answers with leg kicks and they’re back in the clinch. McElhaney took her down and Spencer went for a triangle but got out of it. They scramble to their feet and McElhaney landed a good combo. They swing to the end. In round 3, they continues to exchange and McElhaney was looking for the takedown but couldn’t get it. They throw bombs and Spencer took to her down to the finish of the round. The judges gave the win to Spencer by unanimous decision.