LowKickMMA.com
Home UFC News In The Midst Of UFC Sale Rumors, Lorenzo Fertitta Has A New... 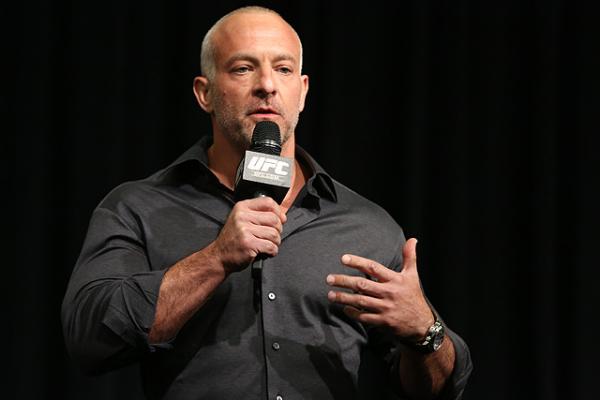 Well, the rumors regarding the potential sale of the UFC, the world’s largest mixed martial arts promotion, may have just became a bit more interesting. Flocombat’s Jeremy Botter had previously reported that the deal was done, although a report from TMZ yesterday (June 22, 2016) said that the deal was ‘not even close’.

Despite the whirlwind of rumors and massive speculation, it appears as if UFC CEO Lorenzo Fertitta is looking to get out of the MMA industry. Fertitta, along with his brother Frank, has long been an owner of casinos, and he recently took a position as the Vice President of Red Rock.

Check out the details of the lengthy and lucrative deal below (Via PR Newswire):

Lorenzo Fertitta, chairman and chief executive officer of Zuffa since June 2008,[ii] entered into a five-year new employment agreement with Red Rock, with an annual salary of $500,000, in connection with the latter’s IPO in April. [iii] He is currently a Vice President of Red Rock, according to an SC13D filing by the company on May 12, in addition being a member of its board of directors.[iv] Also, Stations Casinos and Fertitta Entertainment agreed in October, 2015, to help Fertitta Entertainment employees move money they have in Zuffa 401(k)’s out of that plan and into a new one.[v]

Bleacher Report’s Mike Chiappetta also touched on the situation via his official Twitter account, saying that Fertitta stepped down from his position from Stations Casino in 2008 because it was tough to manage his UFC duties ‘part-time’:

When Fertitta resigned in ’08, he said it was too tough to do UFC part-time. Wanted to focus 100%. Now? Hmm. More credence to sale rumors.

Could Fertitta have more time on his hands these days because he recently sold his multi-billion dollar promotion?