LowKickMMA.com
Home UFC News Holly Holm Responds To Dana White: I Wanted To Fight, Not My... 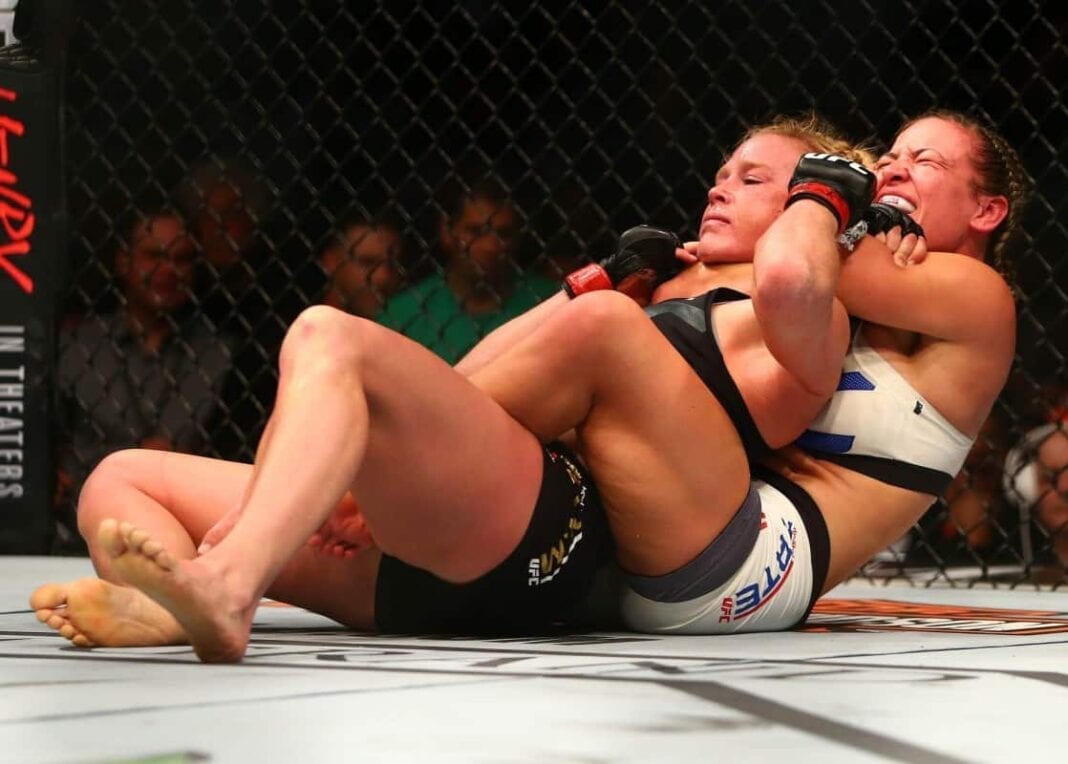 After Holly Holm’s submission loss to Miesha Tate earlier this month (March 5, 2016) at UFC 196, UFC President Dana White criticized Holm’s camp, saying that her manager influenced her to take the risky bout with Tate rather than wait for the lucrative rematch with Ronda Rousey, who Holm shockingly knocked out last November.

Finally responding to White today (March 21, 2016), however, “The Preacher’s Daughter” confirmed that White’s comments are false, noting that she wasn’t fond of waiting for Rousey’s expected, but unconfirmed return:

“All that is false,” Holm said during an interview on The MMA Hour. “I’ve always said I wanted to fight and there still has been no for sure time that Ronda’s going to be back. So they said there’s all this money coming in for that fight, but what if that fight doesn’t even happen? Then what are you waiting for? Nothing.

“You only make money off that fight if it’s actually going to happen, and I don’t know what’s going to happen. Number one, I don’t fight for money. I only fight because I’m passionate about it, and so if we didn’t know if she’d be back right away, we thought well, let’s get another fight going.”

As far as whether or not her team had influenced her to accept a bout with “Cupcake”, Holm said that it essentially came down to her, and she wanted to fight:

According to Holm, her manager, Lenny Fresquez, has always supported her. In the end, the now former champion was quite irritated by the criticism, once again noting that she personally asked for the fight, and she got what she wanted:

“Yeah, [Lenny]’s been nothing but supportive for me and my career,” she said. “He only looks out for my best interests, so it’s frustrating when people kind of put down the things that he’s worked so hard for. I said I wanted this fight. I did. I said I wanted it. That’s the bottom line.

“For me, I don’t really care what people say about me,” Holm said. “But I do care when people are negative about the people around who I love and support me. So yeah, it’s frustrating, because it was something that I wanted and it’s something I wanted and it’s something that [Fresquez] pushed for. He said, ‘Holly wants to fight.’ That wasn’t him saying that, that was me. He was speaking on my behalf. So I don’t like when people think that he’s pushing me to do things against my will. That was my wish, and what I wanted.”

Do you respect Holm’s willingness to take on the best in the world, or would it have been smarter for her to wait for the potentially massive Rousey rematch?