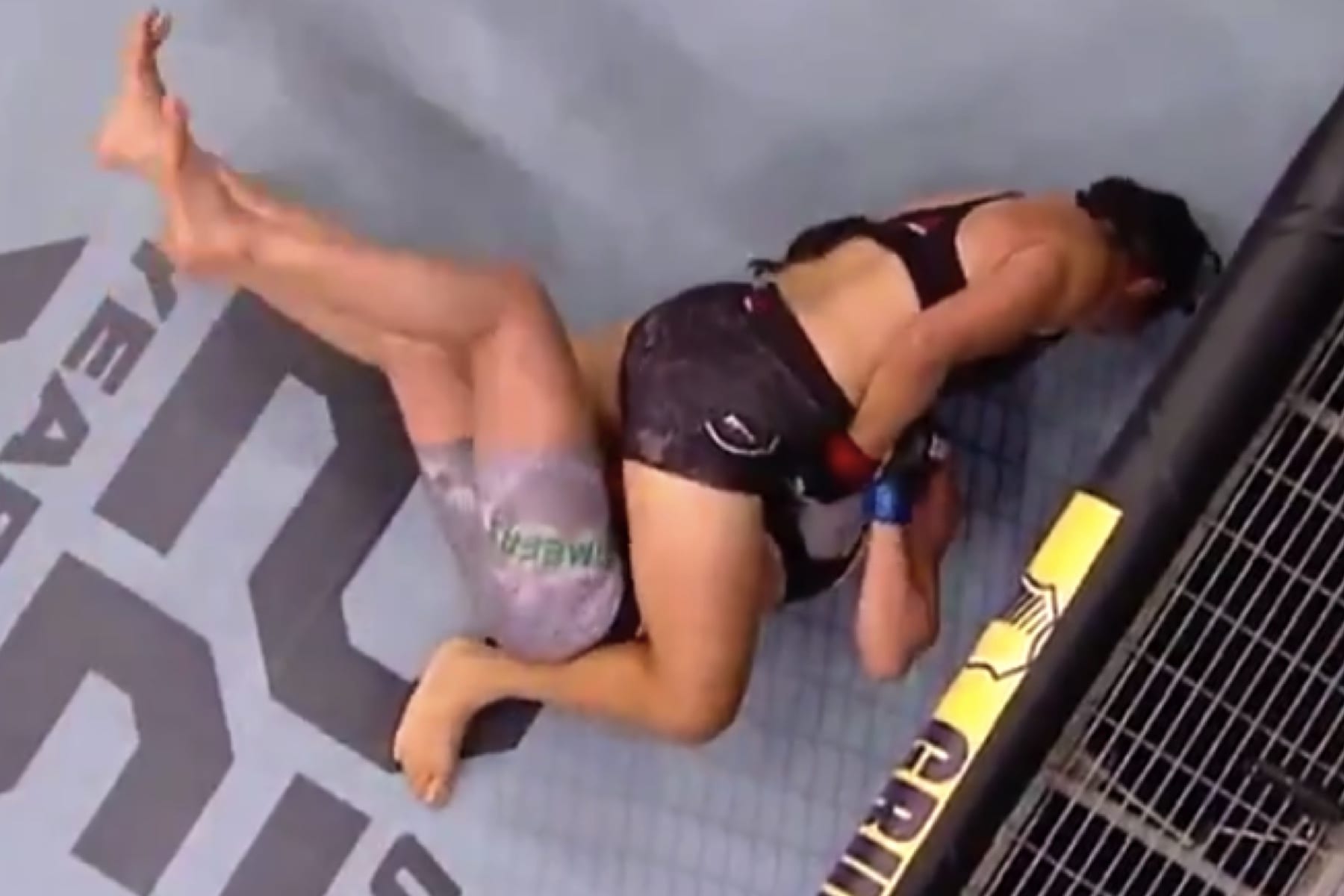 Former Invicta champ Livia Renata Souza had an opportunity to make a big splash in her UFC debut against versus Alex Chambers on the opening Fight Pass preliminary match of tonight’s (Sat., September 22, 2018) UFC Fight Night 137 at Ginásio do Ibirapuera in São Paulo, Brazil.

‘Livinha’ did just that in shockingly quick fashion due to a record-breaking submission.

Souza took Chambers to the mat inside the opening minute of the first round. From there it was elementary due to her touted mat skill. The onetime Invicta champ locked on a vicious mounted guillotine and held tight. Chambers tapped and Souza had her statement debut in only one minute and 11 seconds.

It was the fastest submission in UFC women’s strawweight history. Watch it right here: