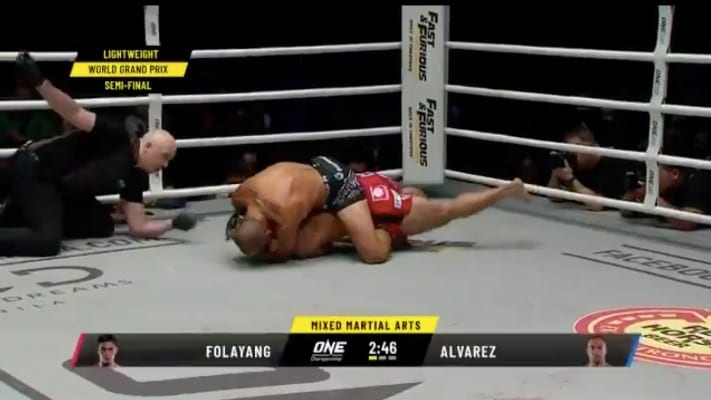 Eddie Alvarez made his second appearance under the ONE Championship banner earlier tonight (Fri. August 2, 2019).

“The Underground King” was able to get back into the ONE Lightweight Grand Prix Tournament after an injury dropout, and faced off against Eduard Folayang in the semifinals. Folayang hurt Alvarez early with a body shot, causing Alvarez to fall to the canvas.

However, Alvarez was able to establish control and take Folayang’s back. He locked in the rear-naked choke to earn the first victory of his ONE career, and advance to the finals of the Lightweight Grand Prix.

Make sure to follow along with LowKickMMA’s live coverage of ONE: Dawn Of Heroes at this link here. What did you make of Alvarez’s second appearance under the ONE banner?