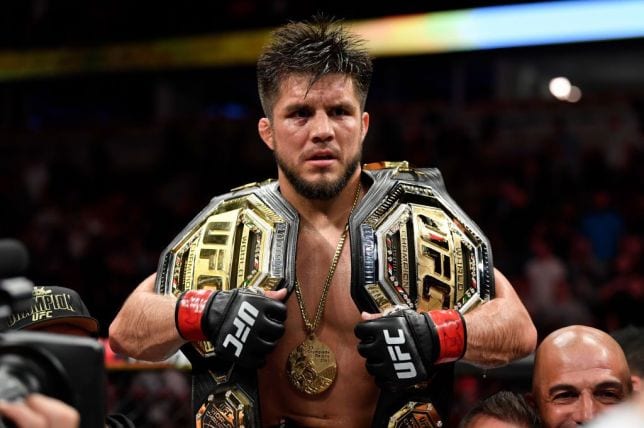 MMA manager Ali Abdelaziz has revealed Henry Cejudo is not retired and will most likely return to fighting over the next few months. The bantamweight champion stopped former 135lb king Dominick Cruz inside two round at UFC 249 last weekend. After the fight, Cejudo took his time on the mic to shockingly announce his retirement from the sport despite the fact he seems to be very much in his fighting prime.

“Khabib every time he fights, ‘I think I’m done. Two weeks later, ‘Who you think I should fight next?’ Because these guys are at their prime. Henry’s coming into his prime. How are you gonna retire in your prime? The pay-per-view did so well and your going to make some money. If things can be changed a little bit, yeah, of course. At the end of the day, it should stay between us, me, Henry and the UFC. I don’t think the media should know about this.

Abdelaziz while uncertain about his fighter’s future was certain about one thing, Cejudo won’t be fighting TJ Dillashaw again before he retires.

“Henry will never fight T.J. I don’t think any clean athlete should ever fight T.J. Dillashaw. The man cheated for a long time,” he said. If you cheated this long, you think you’re gonna come back and get a title shot? It doesn’t even make sense. Henry for sure will never fight him. I know that for sure. Cause he beat the man while he was on the juice. Why’s he gonna fight him?”

Do you think we will see Herny Cejudo fight again?