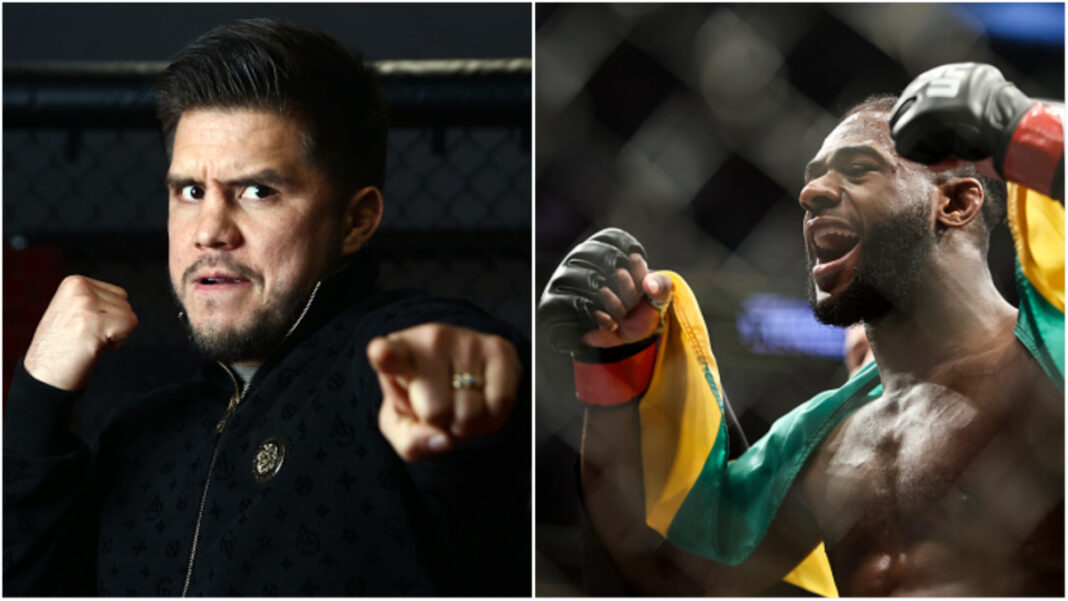 “I am so excited to announce my wife and I have adopted a new baby,” Henry Cejudo said on Twitter. “He’s a very talented actor and is very easy to put to sleep. Such a great Father’s Day!”

Cejudo (16-2, 10-2 UFC) retired from MMA on a six-fight winning streak, after defeating divisional legend Dominick Cruz via KO/TKO at UFC 249. It capped off a truly impressive career.

‘Triple C’ won Olympic, flyweight, and bantamweight gold. He retired the clear number one at the time (in both divisions), however, there were a lot of fights left on the table that fans were disappointed they now weren’t going to see.

Will Henry Cejudo Make a UFC Return and Become ‘C4’?

A potential return has been teased for quite some time now, but according to Cejudo’s team, this is the year we see it. ‘Triple C’ seems dead set on returning for a title fight, and he’s not picky if it’s the featherweight or bantamweight titles that he returns for.

An Aljamain Sterling vs Henry Cejudo fight seems extremely competitive on paper. Both men are world-class grapplers, just specializing in different forms of it. Sterling employs a slick Jiu-Jitsu game that centers on finding and taking the back of his opponents. While Cejudo, of course, is a former Olympian wrestling gold medalist.

If the two were to meet in the cage, it would definitely be a compelling matchup. Would ‘Triple C’ metamorphosis into ‘C4’? Or does Aljamain Sterling prove to the world that he’s the rightful king of the mega-stacked bantamweight division?

Who would you rather see Henry Cejudo fight: the winner of the Max Holloway and Alex Volkanovski fight, or Aljamain Sterling?