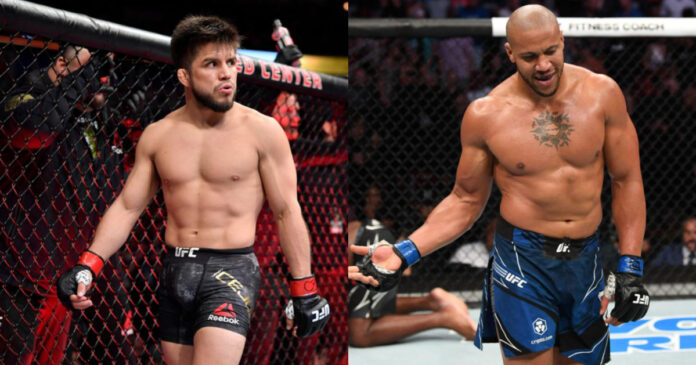 This past weekend Ciryl Gane defeated Tai Tuivasa in a heavyweight main event at Accor Arena in Paris.

Gane battled through adversity after being dropped by the heavy-handed Tuivasa, before he would knock out the brave Australian in the third round.

Former two-division champion, Henry Cejudo took to his YouTube channel to praise Gane, suggesting that he may be a big threat to Jon Jones than current champion, Francis Ngannou

“His angles were on point. His distance was on point. His investment in the body to break somebody down to eventually get the knockout was on point,” Cejudo said on his YouTube channel. “This dude is a threat for everybody. I immediately texted Jon Jones: ‘Hey man, watch out for this dude.’ You have to really plan for this dude.

“I almost feel after looking at that last fight like he is a bigger threat than Francis Ngannou for a guy like Jon Jones.”

Cejudo also suggested that it may be a new golden era for the heavyweight division, especially with Jones set to return.

The assessment of ‘The Messenger’ may not be wrong. The division is filled with young heavyweight contenders like Gane, Tuivasa and Tom Aspinall, along with veterans such as Stipe Miocic, Curtis Blaydes, and Derrick Lewis.

READ MORE:  Brandon Moreno plans on ending rivalry with Deiveson Figueiredo with a finish: "I did it before, I can do it again."

Do you agree with Henry Cejudo?