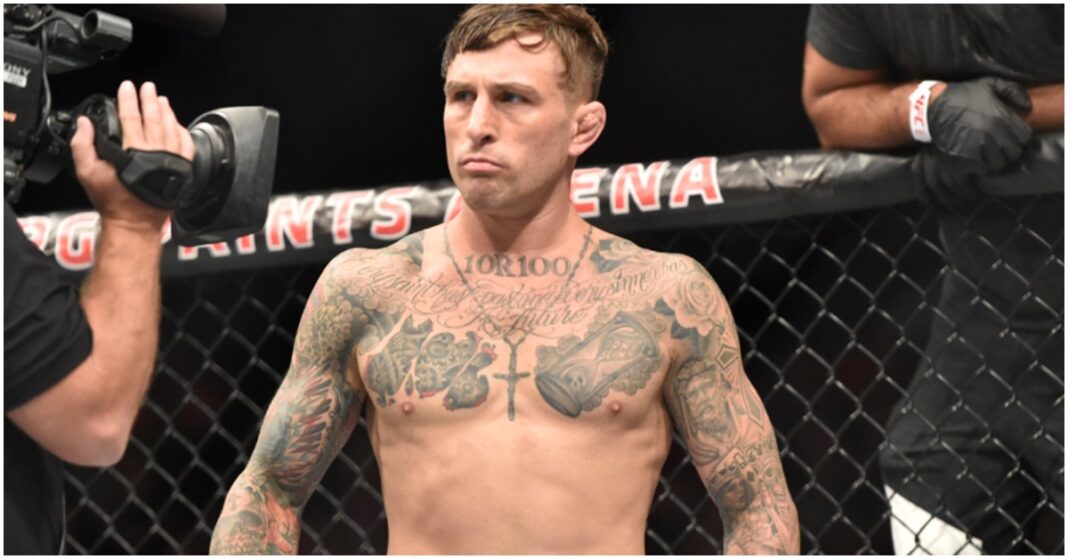 Gregor Gillespie has slammed Tony Ferguson for rallying for a fight against “Iron” Michael Chandler, a man whom Gillespie has claimed he out grappled during his college days.

“El Cucuy” is currently riding a three fight losing streak, having suffered a savage beating at the hands of Justin Gaethje at UFC 249, a mauling defeat to current Lightweight champion Charles “Do Bronx” Oliveira, and a dominant loss to Beneil Dariush. According to Gillespie, Ferguson should be looking at him if it is a wrestling match that he is seeking. “The Gift” has also made the bold claim that he could and would put the same beating on Ferguson that he allegedly administered to Chandler. Gillespie has also claimed that Ferguson has been available to fight him since May of last year, when they fought a week apart from each other. Taking to Instagram, Gillespie said:

“Dude I just got a word again from my manager that Tony Ferguson will not accept a fight against me, bro. And then I see you online Tony? Calling out f***ing Michael Chandler. Saying it’s wrestling season, bro. Dude you understand, like I am the wrestler bro. I beat the sh*t out of Mike Chandler in college and I’ll f*** you up in wrestling, too.

“If you are looking for the wrestler bro, accept the fight dude. I need to start climbing and then none of you guys seem to wanna f***ing fight. Tony, me and you are f***ing available dude. We’ve been available since the same f***ing one weekend apart. I fought last and then that next weekend you fought. It’s time bro, let’s just f***ing do it.” (Transcribed by Sportskeeda)

In his most recent tweet, Ferguson has claimed that Chandler is willing to finally face him around the May/June period. He also took a dig at Chandler for “cutting in line” and denying Ferguson the chance to face him”

“There’s My B*tch!!! @MikeChandlerMMA The Brass @danawhite @ufc Relayed Your Message Saying You Would Be Ready For Me April/June. Looks Like Your Trying To Delay That A*s-Whoopin’ I Owe Ya For Cutting In Line Kid- It’s Wrestling Season MF, Man Up- Champ.”

In response, Chandler claimed that, whilst Ferguson was one of the few fighters he held genuine respect for, he would beat him “from bell to bell” were they to finally face off:

“Oh Tony. There’s only a handful of guys in this game I truly respect…you’re one of them. Only because of your tenure, not your stature or your current presence in the division. I’ll beat you from bell to bell. Pray for a merciful ref. We shall see if this fight happens.”

Do you want to see Gregor Gillespie vs. Tony Ferguson?