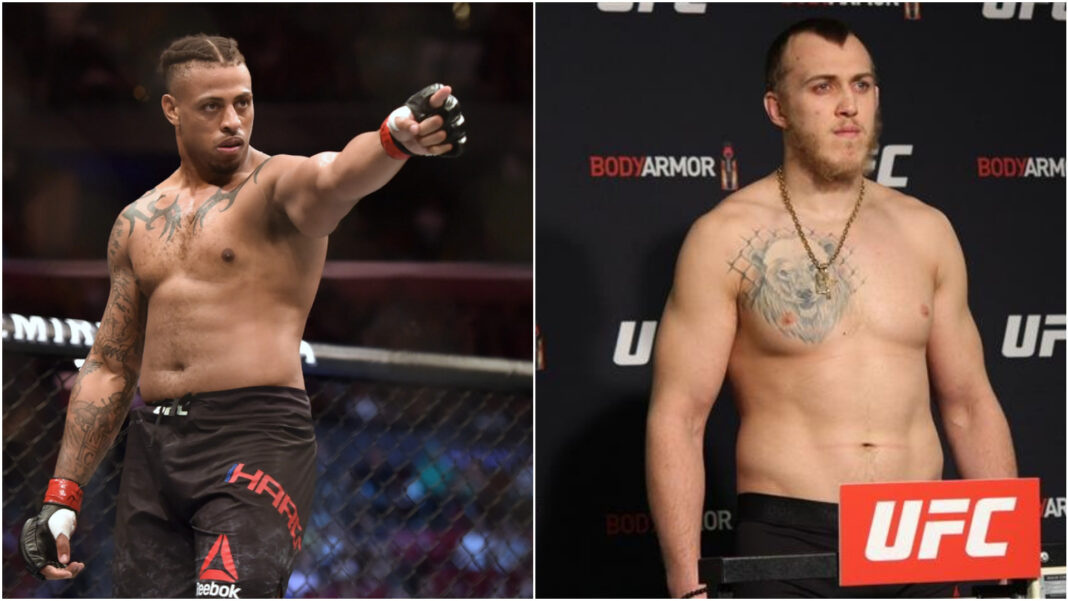 The UFC announced Tuesday that the contest between Greg Hardy and Sergey Spivak originally scheduled for this weekend has been moved to UFC 272 in Las Vegas.

Hardy was originally scheduled to long-time veteran Alexey Oleinik but after Oleinik was forced to withdraw due to an undisclosed injury, Spivak stepped in to take his place. However, just days later, Hardy was also forced out of the fight after falling victim to a grisly finger injury.

Hardy has suffered back-to-back knockout defeats in his last two outings at the hands of Marcin Tybura and most notably, Tai Tuivasa at UFC 264.

Greg Hardy’s UFC Future Still Up In The Air

The former Dallas Cowboys standout has just one fight remaining on his current contract, one which he hopes to win in order to secure a new deal with the UFC. However, Hardy expressed gratitude towards Dana White and thanked him for the opportunity he’s been given whether his deal gets renewed or not.

On the other side, this was the second time that Spivak, who has a win over Oleinik in the UFC, has stepped in for the Russian submission specialist. ‘Polar Bear’ was also finished in violent fashion in the first round of his last outing against rising contender Tom Aspinall at UFC Vegas 36.

Assuming Hardy’s injury heals and the bout goes on as scheduled, it will be a big opportunity for both men to get back into the win column.

Win or lose, do you think this will be the last we see of Greg Hardy in the UFC?